Rights for a Deported Father

An estimated 5.5 million children in the United States have an undocumented immigrant parent vulnerable to deportation. Approximately 4.5 million of these children are U.S. citizens. While deported fathers and mothers retain legal ties to their U.S. citizen children, it is very difficult to enforce these ties once they have been deported. 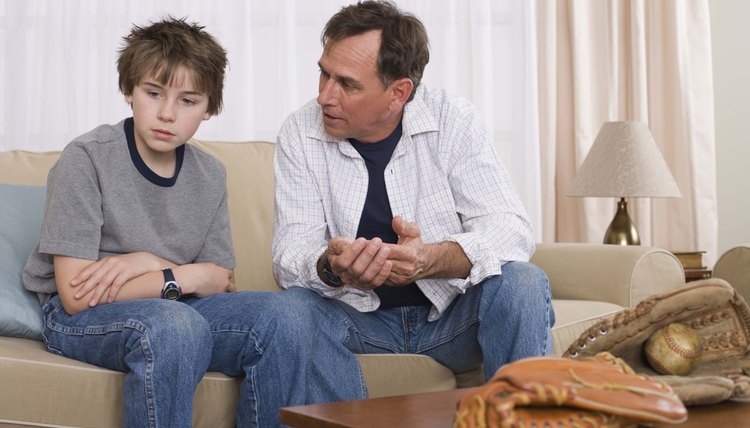 As an immigrant father who could be or already has been deported, you may be among the 11 million undocumented immigrants who either entered the United States by crossing U.S. borders without the proper documents or you stayed beyond the time allotted by the visa stamp on your passport.

Your children born in other countries and brought to the U.S. illegally are usually considered undocumented immigrants and can be deported. Your children born in the United States are U.S. citizens and have the right to remain in the United States. Under the U.S. legal system, you have a constitutional right to joint or shared custody and other contact with your children, unless you have been found to be an unfit parent for such reasons as neglect, abuse or abandonment.

Once in foster care, your U.S. citizen children may be mistakenly classified as abandoned, neglected or abused by you or their other parent, because you are now living in another country and cannot respond in a timely manner to requests from state child welfare agencies for information. Child welfare agencies have no internal requirement to call your country's consulates to locate you after you are deported.

If you contact a child welfare agency, asking that your U.S. citizen children be sent to you in your native country, agency staff may demand that you prove you have a new job, allow a home study and take parenting classes before your U.S. citizen children will be returned to you. If you cannot meet these demands before a legal deadline, your children may be put up for adoption, permanently terminating your parental rights.

If you have been deported, locate your children by contacting the children's primary caregiver or the child welfare agency that put your children into foster care. It is also wise to contact the American Immigration Lawyers Association to find an attorney who will help you claim your parental rights.

Divorce is never easy, but we can help. Learn More
What Happens if You Are Illegal & Getting a Divorce?

Divorce is an anguishing process when you have children. Although sometimes overlooked, divorce can also be an anguishing process for grandparents, especially if the divorce restricts access to your son or daughter's children. In 2000, the Supreme Court wrestled with this issue and ratified the basic right of parents to make decisions about the upbringing of their children -- including who can see or visit their children. However, there are exceptions to this rule, and state legislatures and courts have taken widely differing positions regarding the rights of grandparents to successfully sue for visitation rights. This is especially true when parents are divorced or separated.

How to Protect an Artwork Trademark

You worked tirelessly to create your original artwork, now you must consider the business side of your art -- creating a brand. Brand your art with a trademark, a unique identifier that separates you and your artwork from other artists and their work. In the U.S., you get trademark rights by use in commerce, not registration. However, trademark registration has several legal advantages, including exclusive rights of use and the right to sue.

Who Gets Custody if My Dad Is a Citizen and My Mom Is Illegal?

How Does a Father Get Custody When the Mother Denies Paternity?

Disputes over custody can hit a snag when a child's mother denies that an estranged or ex-husband or lover is the ...

If you are presently not living with the mother of your children, you may be dealing with child support issues. If you ...

Does a Minor With Divorced Parents Need Permission From Both Parents to Exit the Country?

Whether you have family in another country, take a job outside the United States, or simply want to take your child on ...

Can Divorced Mothers Take Their Children Out of the Country?

If you have ties to another country, you may wish to take your child with you to visit. If you are divorced, the ...