A father's obligation to pay child support and his parental right to be involved in his child's life are two separate and distinct issues under the law. It has long been established that not only do parents have a fundamental right in the "care, custody and control" of their children, it is also is in the "best interests of the child" to have a relationship with both parents, unless circumstances deem otherwise. Therefore, a father's custody and visitation rights are not contingent upon whether he's paying child support. He has a right to be in his child's life simply because of who he is: the child's father. 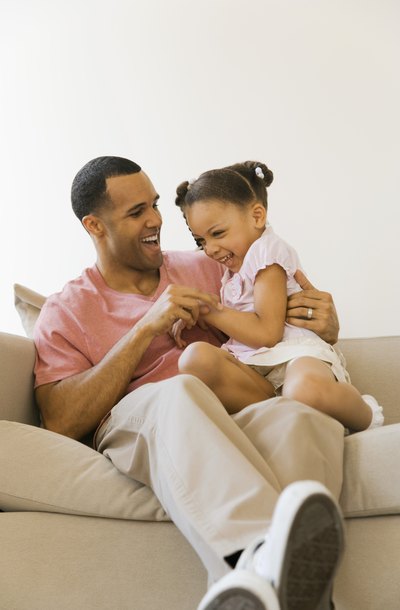 When a marriage ends in divorce, a father's right to custody and visitation with his child is typically set forth in the divorce decree. If the child lives with his mother, she is considered the custodial parent and the court likely ordered you, as the noncustodial parent, to pay child support to her. These monies are your financial contribution to your child's care and support. If you are unable or unwilling to pay, for whatever reason, your child's mother cannot bar you from seeing your child in retaliation or to coerce you into paying. Courts also won't deny visitation for this reason. However, just as your child's mother can't withhold visitation for non-payment of child support, you can't refuse to pay child support if the mother blocks access to your child.

In your divorce decree or other court order, the specifics of your child custody arrangement and support obligation are outlined. Custody falls into two categories: legal and physical. Legal custody represents a parent's right to to make decisions about the child's upbringing, such as religion, schooling and medical care, and may be granted to one or both parents. Physical custody refers to the parent with whom the child resides. While physical custody may also be joint, it is more common for courts to name one parent as the child's primary custodian, where he lives full-time, and grant the other parent visitation rights, also known as parenting time in some states. Courts typically order this parent to pay child support. Regardless of your custody arrangement, neither your decision-making authority nor right to visitation can be infringed upon for a failure to pay child support. Generally, courts only take this action when a parent is deemed unfit, for example, a danger to the child.

If you're being denied visitation with your child, don't use this as an excuse to stop making child support payments. Not only would doing so hurt your child, it will place you in direct violation of your child support order, subjecting you to severe penalties including wage garnishment, interception of tax refunds, property liens, and seizure of driver, professional and occupational licenses. Likewise, if your child's mother refuses to let you see your child because of non-payment of child support, she is also in violation of the custody order. To restore your visitation rights, it is best to seek assistance from the court, typically in the form of a motion to enforce your custody order.

If you are repeatedly denied visitation, this may be sufficient grounds to request a modification of your existing custody order. Generally, courts will entertain such petitions if there has been a significant change in circumstances since the original order was established or a good reason exists for changing custody. As a result, the court is likely to take the other parent's obstruction of your custody agreement and her unwillingness to foster a relationship between you and your child, by denying visitation, into account when making its decision.

Divorce is never easy, but we can help. Learn More
Does a Father Have Rights Even if the Will Gives Guardianship to the Grandparents?

Your failure to pay child support can land you in hot water with a judge, especially with the judge who issued the order. In Massachusetts, a judge has the authority to order you to pay child support, even while your divorce is pending. If you don’t pay as ordered, you can face fines and other punishment. The court may also view your nonpayment as evidence of your parental irresponsibility.

Many children born during a marriage are the biological children of the husband and wife, but this isn’t always true. On the other hand, it would be disruptive to family life if children born to a husband and wife weren’t presumed to be their biological children. Consequently, North Carolina has laws that presume a husband is the father of his wife’s children. During a divorce, this can give the father rights to custody and visitation and may require him to pay child support.

Tennessee child custody statutes overwhelmingly support the mother in cases where the parents of a child are not ...

Differentiating between custody and guardianship can be complicated because they are essentially the same thing. One ...