Rights of a Stepdad vs. the Biological Father 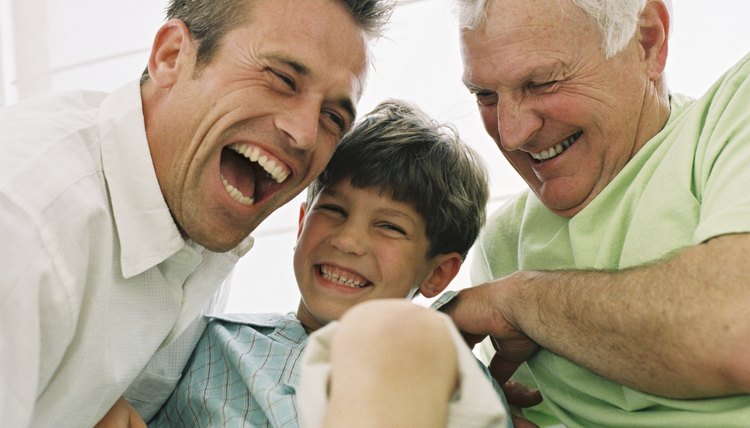 Stepfathers have fewer rights to stepchildren because of deeply rooted historical prejudices against blended families. Early Roman empire law made divorces easy to obtain and recognized stepfamilies. The European medieval Christian culture that replaced the Roman empire opposed divorce and favored biological fathers. American colonial law deprived stepparents of custody for child abuse and inheritance embezzlement more often than biological parents accused of the same crimes. Stepfathers' rights continue to remain legally weak and vary from one state to the next.

As a stepfather living with a biological mother who has physical custody of her children by a previous marriage or relationship, your rights are limited. You cannot make legal or medical decisions on behalf of your stepchild, such as what school your stepchild attends or what medical facility your stepchild will be sent to. Your child's biological mother and father have the decision making power in these areas. Some states will allow you to seek delegation of these rights from the biological father through a power of attorney form, in which the biological father gives you the right to make such decisions on behalf of a minor child.

The issues of stepchild support and custody are governed by different laws in each state. You may wish to consult the Family Law Organization's links to the family laws in all fifty states, "Family Law Code," to get an idea of the responsibilities that you will be assuming if you seek more rights to your stepchild. Strengthening your legal ties to your stepchild can create or expand child support and custody obligations that you were not previously obligated to carry out, depending on the laws of your state.

Divorce is never easy, but we can help. Learn More
Legal Boundaries for Stepparents

Can a Power of Attorney Have a Debit Card?

A power of attorney is a legal document you can create to name another person to act in your place. Powers of attorney are both helpful and dangerous, depending on the integrity of the person named as your agent. A general power of attorney confers broad powers, including the right to access bank accounts with debit cards.

How to Make a Will for Stepchildren

An estimated 65 percent of all remarriages bring children from a prior marriage into a stepfamily, according to the National Stepfamily Resource Center. If you are a stepparent who wants to leave possessions and property to your stepchildren after you die, you need to specifically include them in your will, because the law does not give them the same automatic inheritance rights that it gives your biological and adopted children.

Ohio Laws on Obtaining Legal Guardianship of a Grandchild

When you become a grandchild's caregiver, you may seek a court-ordered guardianship to gain certain legal rights. A legal guardianship establishes your rights as caregiver and allows you to make child-rearing decisions normally made by the parents.

Legal Guardianship of a Stepchild

How to Exclude Stepchildren From Your Estate

An estimated one-third of all weddings in America create stepfamilies, according to statistics assembled by therapist ...

As a stepchild, you do not have the inheritance rights of a biological or adopted child. If your stepparent wants to ...

Can You Give Up Legal Custody of Your Grandchildren?

One in ten of all American children now live with a grandparent, according to a 2010 Pew Research Center report. If you ...