Rules for Contests in Nonprofits

Contests are a popular way for nonprofits to raise funds, promote their mission and collect new names for their mailing lists. Although a complex array of state, federal and even international laws imposes limits on contest activity, nonprofits also enjoy certain legal advantages. A well-designed set of rules is not only essential, it can also help a nonprofit avoid substantial problems. 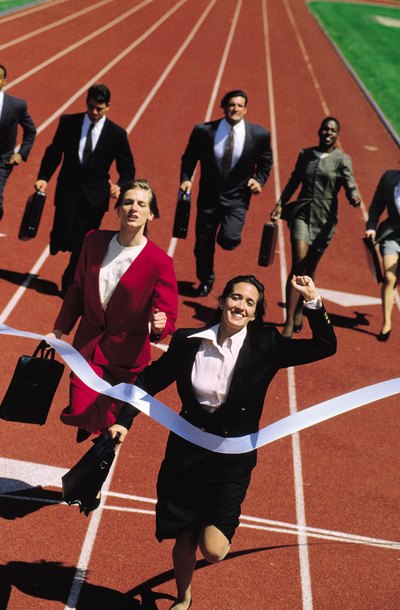 As attorneys Todd Redden and Thomas Dotty note in their article on contest pitfalls, the first step in planning is to make sure the game is not an illegal lottery. Only state governments can sponsor a lottery, which is a promotion or contest that includes a prize, relies on chance and requires consideration, or something of value given in exchange for an entry. Likewise, an organization needs to make sure that a contest does not violate other legal regulations, such as the Deceptive Mail Prevention and Enforcement Act, Child Online Privacy Prevention Act, CAN-SPAM Act, Federal Trade Commission regulations and state registration requirements.

Although common nonprofit fundraisers, such as raffles, bingo games or casino nights, may technically violate laws against private lotteries or gambling, they nonetheless might be legal under certain circumstances. For example, as attorney R. Sebastian Gibson explains, California recognizes nonprofit raffles and poker tournaments as exceptions to the private lottery ban, provided 90 percent of the gross receipts go toward charitable or beneficial purposes. State laws may impose other limits on gambling contests, such as permitted sellers, eligible purchasers, prohibited prizes and types of organizations allowed to hold such an event.

Contest rules also vary depending on whether the activity constitutes a sweepstakes or a skill-based contest. As Steven Bennett explains in his Practical Lawyer guide to sweepstakes and contest law, a sweepstakes offers a prize and relies on chance but does not require consideration for entry, such as a mandatory purchase. According to Florida attorney Kent Perez, this prohibition on consideration equally applies to nonprofits using sweepstakes as a fundraiser; instead of requiring a donation for entry, a nonprofit suggesting a minimum donation should also state that no donation is necessary.

A skill-based contest offers a prize but winning does not substantially depend on chance. Nonprofits not only use skill-based contests to raise funds or awareness, but such contests can also be central to a nonprofit's mission, such as the annual New York Marathon run by the nonprofit New York Road Runners. Besides sporting events, a nonprofit contest based on entrants' knowledge or other talents may also require issuing rules in conformity with state and federal law, as illustrated by comprehensive disclosures for the Jewish Federation's Next Big Jewish Idea contest. State laws vary on whether an organization can require consideration to participate in a skill-based contest, such as an entry fee or mandatory donation.

According to Bennett, to avoid legal problems, it is wise for an organization to make available at least a general set of rules. Subjects to address include consideration (if any), procedures for entering, alternative means of entry, fixed entry deadline, procedure for selecting winners and description of how winners will be notified. Nonprofits are also subject to CAN-SPAM Act requirements, which means they must also provide a way for email solicitation recipients to opt out of future mailings.

Nonprofits designing contest rules may also need to pay special attention to areas where they have a heightened risk of violating legal standards. For example, a nonprofit might want to consider limiting the age of eligible entrants to avoid problems under the Children's Online Privacy Protection Act, which could be a concern for nonprofits serving youth. A nonprofit must also be sensitive to issues raised in connection with sponsors and branded prizes. For example, it is possible for a nonprofit offering iPads donated by a local store to violate Apple's intellectual property rights if it does not obtain Apple's permission to use the company's trademarks in contest advertisements. In addition, certain forms of promoting a contest sponsor's products could result in the nonprofit incurring unrelated business income tax.

File a DBA for your business online. Get Started Now
State Statute of Florida on Raffles & Charities

Rules for Fundraisers for Non-Profit Organizations in Florida

Nonprofit organizations carry out different activities to raise funds for their individual charitable or social purposes. These organizations should be aware of the relevant state laws and regulations that govern fundraisers. To protect the public from unscrupulous groups, most states – including Florida -- require charitable organizations to register with a state department before they solicit funds from either the public or businesses. Nonprofits that carry out gaming activities to raise funds must comply with Florida charitable gaming laws.

What Are the Requirements to Receive Donations in Georgia Through a Non-profit Organization?

Because the success of a nonprofit organization hinges on its ability to receive donations, an understanding of the reporting and solicitation rules is vital. Charitable organizations in Georgia must register with the Secretary of State, unless they meet the narrow definition for exclusion. Certain information must be included with registration, which can vary in detail based on the size of the organization. In addition, all nonprofits should be aware of the penalties associated with fraudulent or misleading practices, and avoid solicitation efforts that do not comply with Georgia law.

A raffle is a method of distributing prizes among people who have paid for a chance to win a prize, generally ...

In general, there is no specific legal limit on how many fundraisers that a nonprofit can hold in a year. However, ...

Being approved for 501(c)(3) tax-exempt status by the Internal Revenue Service can be a landmark day for any nonprofit, ...