Divorce is a complicated process that involves a variety of issues. A divorce decree terminates the marriage, divides the former couple’s marital property and establishes custody terms for the couple’s children. While you can file for divorce in Illinois at any time, you or your spouse must have lived in the state for 90 days before an Illinois court can enter a final judgment of divorce. 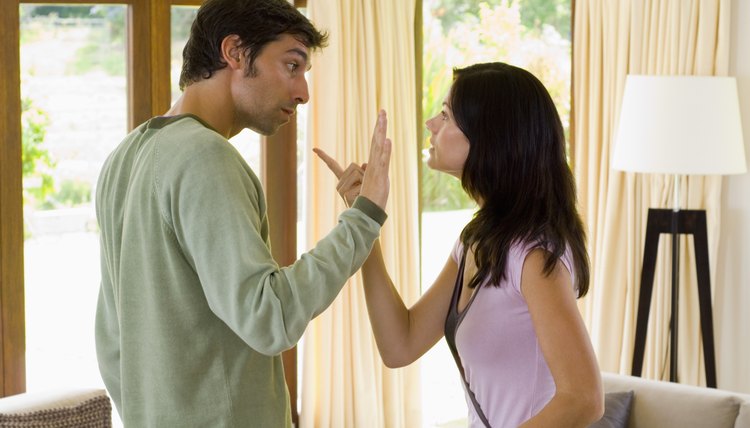 Petition for Dissolution of Marriage

The first step in an Illinois divorce is to file a Petition for Dissolution of Marriage with the court in the county where one of the spouses lives. The petitioner should include in the document the identity of both spouses, whether the couple has any children and the reason, or grounds, for seeking divorce. The petition is not meant to be exhaustive and should not include any information regarding income or personal details of the parties related to the reasons for wanting the divorce. The petitioner will not get any beneficial treatment for initiating the proceedings.

Grounds for Divorce in Illinois

There are 11 recognized grounds for divorce in Illinois, 10 of which require a spouse to be "at fault.” The at-fault grounds are impotence; bigamy; adultery; desertion by a spouse for a year; two years of habitual drunkenness; two years of excessive drug use; an attempted murder of a spouse or other means of showing malice; extreme, repeated physical or mental cruelty; spouse convicted of a felony; or one spouse infecting the other with a sexually transmitted disease. If neither party is at fault, Illinois permits a divorce due to “irreconcilable differences,” but the parties must have been living apart for two years or have lived apart for six months with both spouses having waived the waiting period.

Notifying the Other Spouse

When the petition is filed with the court, the other spouse must be personally provided, or served, with a copy of the petition and the summons to appear in court for a hearing by a judge. Generally, the petitioning spouse does not deliver these documents personally; a local sheriff, private process server or another third party serves the documents. Once the petition has been received, the other spouse has 30 days to submit a written response to the court. If he does not respond, the petitioning spouse can request the court to enter a default judgment. In a default, the judge can divide the marital property in an equitable manner and issue the divorce order.

Once the other spouse has filed his response, the two parties attempt to reach an agreement regarding division of property, custody rights and whether either spouse will provide spousal or child support. Marital misconduct is not relevant when dividing marital property or determining how much a spouse must pay in maintenance or child support. A court will intercede and make its own orders if the two parties fail to reach an agreement. If an agreement is reached, the spouses draft a Marital Settlement Agreement, sign it and present it to the court. If the court believes the agreement is equitable, it will enter a final divorce degree and make the Marital Settlement Agreement binding.

Marital misconduct generally does not affect custody orders unless the abuse hurt the children or limits a parent’s ability to properly care for them. Illinois has two types of child custody: joint and sole. Joint custody allows both parents to cooperate and make decisions about the children and sole custody lets only one parent make those decisions. Children generally will reside with the parent that stays in the family home or lives in a place that would minimize the disruption to their lives. If the parents have joint custody regarding legal decisions concerning the children, they will generally share joint physical custody, but not always.

There is no established formula for dividing property; property is divided based on numerous factors including with whom the child will reside. How the property is divided also has a significant effect on how much support a spouse might receive. There are two types of spousal support in Illinois: permanent and rehabilitative. Permanent support is for spouses that financially relied solely on their mates and are unlikely to earn enough to maintain their lifestyle. Rehabilitative support is meant to provide the spouse with enough resources to get a job.

Divorce is never easy, but we can help. Learn More
Divorce in Florida Family Law

A divorce decree serves to officially dissolve a marriage and determine the terms of the divorce, including alimony, property division, child custody and support. How long it takes to get a decree in Oklahoma depends on the circumstances of your case and whether you and your spouse can agree to the terms of the divorce. Once the decree is in place, if circumstances change, you may ask the court to modify its terms.

Conflict is often at the center of a divorce. If a couple can come to an agreement regarding how to end their marriage, however, they may be eligible for a faster and less cumbersome process. This is known as an uncontested divorce, and qualifying requires that you and your spouse have every aspect of your divorce resolved and incorporated in a marital settlement agreement.

When spouses decide to end their relationship, they can either terminate their marriage through divorce or divide their ...

What Is the Law on Divorce When a Spouse Is Incarcerated in Illinois?

When a person goes to jail, his spouse may want a divorce for a variety of reasons. Whatever the reason may be, the ...