Rules on Naming Your Business in Tennessee

When you want to start a business, one of the first things you must do is pick a name. The Tennessee Secretary of State Division of Business Services handles the registration of business names and sets the rules for whether your desired name is available or even allowable. Even if you're doing business as a sole proprietorship and not required to register your name, it's a good idea because registration creates a public record of the use of your name and can avoid legal battles later. 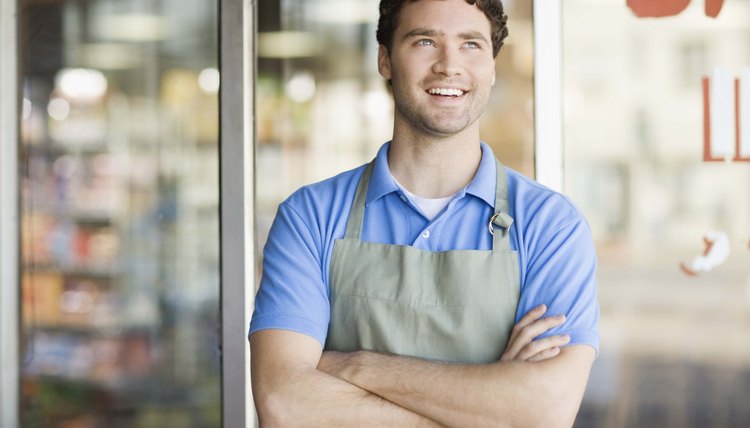 Your business name must be distinguishable from any other name in use by another business, including corporations, nonprofits, limited liability companies, partnerships, or sole proprietorships. The name you choose may not already be reserved by another business in Tennessee. Typically, Tennessee considers a name distinguishable if it contains one or more letters or words than does an already registered name. For example, "Mike's Computer" is distinguishable from "Mike's Computers" because differences between singular and plural forms of words make a name distinguishable according to the Secretary of State. However, the words that indicate the type of business entity, such as "Inc." or "LLC" after the name, do not make it distinguishable; nor do prepositions, conjunctions, capitalization and articles.

Tennessee doesn't allow business names that imply certain things -- for example, that the company is affiliated with a government agency or charity -- unless it has written certification of an affiliation. That means you can't name your business "Breaking Bread Charities" if you're actually a for-profit bakery. Similarly, a business name can't imply that the company operates with government authorization without the appropriate certification. For example, you could not name your company "Tennessee Government-Approved Cookies" unless you were officially approved to do so.

Tennessee also lists several words that require special permission from the Tennessee Department of Financial Institutions: mortgage, bank, credit union, and trust. You can reserve a business name using those words, but you can't officially register it with the Division of Business Services without written approval. For example, you could reserve the name "Community Service Bank," but until you're approved to use it by the Department of Financial Institutions, you can't register it as your business name.

The Tennessee Secretary of State is only responsible for making sure your name is distinguishable from other previously registered or reserved names in the state. Just because your name is approved for use doesn't mean you can't be sued by another company for unfair competition, unfair trade practices or name infringement. For example, if you open up "Chinese Buffet" down the street from "China Buffet," your name is distinguishable for registration purposes, but it might be close enough to your competition's name to make you liable for name infringement. Similarly, if your neighbor runs "Joe's Lemonade Stand" as a sole proprietorship -- and he hasn't registered the name with the state, which is not required for sole proprietorships -- you might be able to register the same name with the state, but you could still be liable for using the name in an infringement lawsuit.

Ready to incorporate your business? Get Started Now
What Do You Need to Register a Business Name?

A company’s name sets it apart from competition and helps define the business’s identity. Coming up with a name for a limited liability company involves more than just brainstorming for an appropriate moniker. It also involves making sure you comply with state regulations for LLC naming and federal trademark rules.

Do I Have to Use LLC in the Business Name?

The limited liability company, or LLC, is a creature of state law. As such, it is subject to the laws of the states in which it is organized and registered. All states have some requirements for the name of an LLC and generally have searchable online databases that allow you to determine whether your name has already been registered.

Companies and individuals can operate under fictitious, or assumed, names called DBAs. DBA stands for "doing business as" -- and state laws regarding DBAs vary. It is a misdemeanor crime in Missouri and Michigan to conduct business using an unregistered DBA. Other states, such as Tennessee, do not always require you to register assumed names.

Your business name is more than just a few words that appear on your filing documents and tax returns; it's often your ...

How to Legalize a Business Name in Louisiana

In Louisiana, any time you use a name besides your own (or your business's registered name) for business, you have to ...

How to File a DBA on Your Own in Iowa

When you operate a business under any name besides the registered name or your own name if you are a sole proprietor, ...

Can an LLC Use an Inc. Designation?

The designation “LLC” stands for “limited liability company,” which is a form of business entity that is similar in ...