How to Run an LLC

A limited liability company, or LLC, is a hybrid business entity that combines the limited liability of a corporation with the ease of operation of a partnership. Unlike a corporation, which is highly regulated because it can raise money from the public, the operation of a partnership is not regulated beyond the default provisions in a state’s business code. Partnerships control operations by majority agreement of the partners. Typically, partnerships adopt an operating agreement that has the force of a contract between the partners. LLCs benefit from the same type of flexibility, where its partners, known as members, control operations by majority vote and by adopting a contract amongst members. 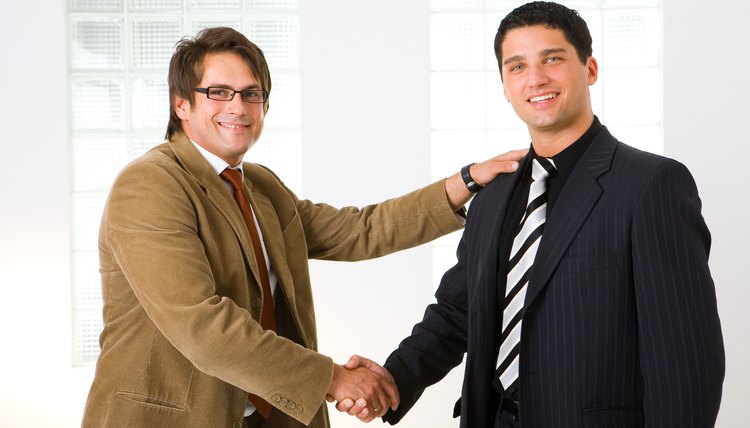 Read the operational provisions of your state's Limited Liability Company Act. This statute will be part of the state's business code and can typically be viewed online or by visiting the main branch of a public library. The LLCA covers the basic formation and operation of an LLC, identifying procedures that are allowed by law and establishing default provisions that take effect in the absence of any written agreement between the members.

Determine whether the LLC will be managed by the members or by hired managers. Some states require that the LLC indicate this selection as part of the articles of organization that the LLC files to begin its existence. Even if the state does not require that this selection be made as part of the articles, it is important for planning purposes to determine how the day-to-day operations of the company will be handled. Hire management staff if the members will not be managing the company.

Vote on operational matters not covered by the operating agreement. An LLC functions like a partnership. A partnership is ultimately run by the consent of the partners, either by majority vote or by a different percentage vote as established by agreement.

Characteristics of a Limited Liability Company

The limited liability company, or LLC, is a popular business entity type among entrepreneurs and small business owners because of its liability protection and flexibility both in terms of tax treatment and operation. While the laws governing LLCs are set forth in statutes that vary from state to state, there are several common characteristics that apply in all jurisdictions.

When two or more people decide to start a business for a profit, the resulting agreement is called a partnership, governed by state law as well as individual contracts. Following the creation of the business, the execution of a profit-sharing agreement is an important step in properly allocating profits and losses between partners and determining individual tax liabilities. If prepared properly, this written document will represent the true intentions of the partners. It does not necessarily need to be based on ownership percentages.

How to Make an LLC Resolution

A resolution adopted by a limited liability company, or LLC, represents the majority decision of the owners of the company on a matter presented for consideration. An LLC is a hybrid business entity that enjoys the operational flexibility of a partnership, but unlike a corporation, doesn't have to follow a particular procedure by law to pass a resolution. An LLC is governed by the consent of its owners. That consent can be oral or in writing, and can address matters on an as-needed basis or in advance through an operating agreement.

A partnership is a common legal structure that two or more people can use to manage a business together. The business ...

How to Prepare a Partnership Agreement

A partnership is an agreement between two or more people to engage in a business venture. Each partner agrees to ...

How to Set Up a Partnership in Virginia

Partnerships are a common business type because they are relatively simple to set up and allow for flexibility in ...