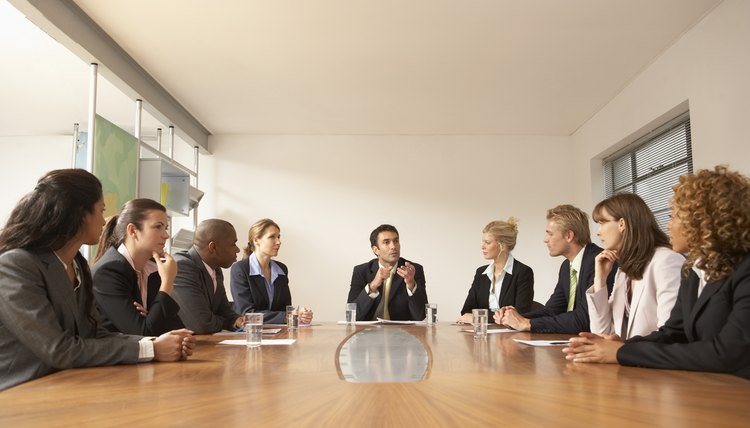 The chief benefit of an S corporation is that it retains the liability protection of a corporation but is taxed like a partnership. An S Corporation is a distinct legal entity, so its shareholders are generally protected from being personally liable for any of the business’s liabilities, debts or legal responsibilities. The S corporation’s annual income is divided amongst the shareholders based on each shareholder's ownership stake in the company. Each shareholder then adds his share of the business’s income to his personal return and pays tax on it. Traditional corporations are “doubled-taxed” because the company pays tax on the income when it's earned -- and the shareholders pay another tax on any dividends they receive from the corporation. S Corporations avoid this double taxation scenario.

If the S corporation has accumulated earnings and profits and earns more than 25 percent of its total gross receipts from passive income for three consecutive tax years, the IRS will automatically terminate the S corporation’s tax status. As a result, the former S corporation would be taxed as a C corporation.

Ready to incorporate your business? Get Started Now
How Is Passive Income Taxable to an S Corporation Shareholder?

Corporations are business entities formed under state law that exist separately from their owners. An S corporation is simply a C corporation that has elected to be taxed as a pass through entity. Converting from a C-corp to an S-corp has significant tax implications, which include potentially lowering the overall tax burden on the shareholders, but also changing who reports the income each year and limiting when the income can be reported on the shareholder's tax returns. However, an S-corp must meet several criteria, including having less than 100 owners, only having U.S. resident or U.S. citizen individuals and certain entities as shareholders, and not having more than one class of stock.

Tax Laws for a Subsidiary Corporation

In order for the tax laws of subsidiaries to be applicable, the business must first meet the definition of a subsidiary under the tax code but this requires meeting very specific criteria. If the corporation qualifies as a subsidiary, its parent company may elect to consolidate its returns with the subsidiary as well as other subsidiaries. If a qualified subsidiary “spins off” from the parent, the stock of the subsidiary may be distributed to shareholders of the parent corporation without any tax implications.

What Forms Do I Need to File for an S Corp?

An incorporated business is automatically designated by the Internal Revenue Service as a C corporation for income tax ...

The Termination of S Corp Status

S corporation status is an IRS-sanctioned tax designation that allows a corporation to retain liability protection for ...

The U.S. Tax Code and IRS recognize two different types of corporations: the C corporation and the S corporation. The ...