Courts often decide custody matters during a divorce. This includes both decision-making authority and where the child lives. Although terminology can differ among states, the parent who spends the least amount of time with the child is often described as having secondary custody. 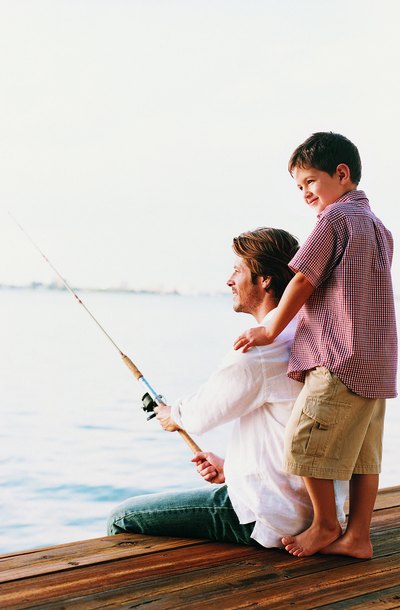 Custody is split into two types -- physical and legal. When a parent has legal custody, he has the power to make important decisions about his child's welfare, such as medical care and religion. Courts can award legal custody to one or both parents. In contrast, a parent who has physical custody provides a home for the child. Like legal custody, physical custody can be sole or joint; courts often award physical custody to one parent, so that the child has a consistent living environment. When this happens, the other parent is usually granted visitation rights and pays child support. The parent who has physical custody -- or who spends more time with the child -- is sometimes described as having primary custody and the parent with visitation -- or who spends less time with the child -- is sometimes described as having secondary custody.

Divorce is never easy, but we can help. Learn More
What Is the Difference Between Custodial Parent & Primary Physical Custody?

Can I Have Joint Custody When the Mother Has Primary Physical Custody?

Effectively dividing parenting responsibilities between two parents who live apart is no easy task. From the parent's perspective, understanding how the court differentiates between legal custody and physical custody can be helpful, particularly in cases where a judge may award sole physical custody to one parent, but shared legal custody to both parents. It is important to note that while each state makes a distinction between physical and legal custody, the applicable laws vary from state to state.

How to Negotiate Child Custody and Divorce

Child custody is one of the biggest issues to negotiate when going through a divorce. There are many ways to handle placement of children and this is often one of the more emotional parts of a divorce proceeding. However, when divorcing couples can come to an agreement that works for the family, the children benefit in the end.

Joint custody is not defined in Kentucky law. However, as in all states, Kentucky's Revised Statutes provide the ...

Although each stage of a divorce can involve conflict, custody disputes have the potential to become the most ...