Who Is a Secured Creditor in Chapter 7 Bankruptcy?

Chapter 7 bankruptcy is designed to allow individuals to obtain relief from their debts and make a fresh start through a discharge of their debts. However, a Chapter 7 discharge does not always allow debtors to completely eliminate their financial obligations. Instead, any assets that the debtor has that cannot be protected by exemption are sold, with the proceeds going to repay creditors ordered by a priority system designed to allow them to receive as much repayment as possible before a discharge is granted. 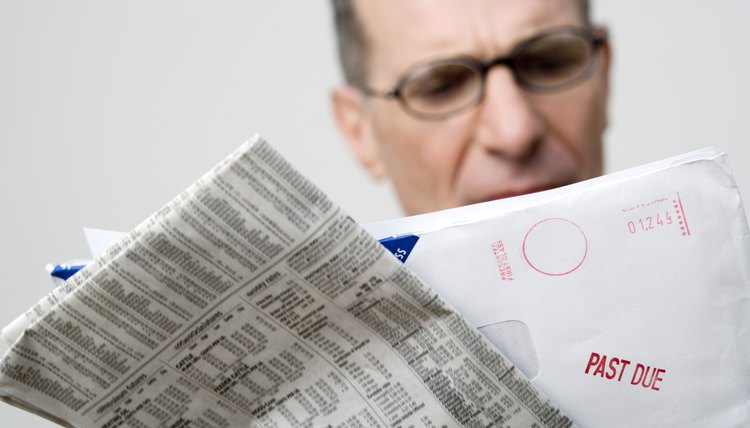 One of the steps in processing a petition for a Chapter 7 discharge is for creditors to file proofs of claim against the debtor. After creditors have filed their proofs of claim, their debts are divided into two categories: secured and unsecured. Unsecured debts include credit card bills, personal loans and bills directly owed to merchants that do not have collateral attached. This division determines which creditors receive priority treatment for payment after the debtor's nonexempt assets have been liquidated for cash.

Along with federal and state income taxes and child support obligations, secured creditors are placed in a priority category, which means that they are paid before unsecured creditors. Secured debt includes mortgages, car payments and financial obligations that are secured by goods or property. The legal term for the claim a creditor has against a secured property is called a lien. For instance, the lien a lender has against a debtor who borrowed money to buy a car is the car. If the debtor fails to make timely car payments, the creditor can -- and often does -- seize the car.

Once creditors have been sorted into their proper categories, the trustee -- that is, the official assigned by the court to oversee the distribution of a debtor's liquidated assets to creditors -- begins the process of repayment. If the debtor's assets are sufficient to repay all creditors in full, then that's what happens. However, with Chapter 7 bankruptcy, many debtors have few or no assets, which means that there is frequently not enough cash to repay all creditors in full. In such instances, secured creditors frequently receive pennies on the dollar for what they are owed, while unsecured creditors receive nothing.

Can My Ex Sue Me for Back Alimony After I Filed Bankruptcy?

Although bankruptcy can provide you with a fresh start, not all debts are dischargeable. Past-due alimony, or spousal support, is one type of nondischargeable debt. Because this special type of debt doesn't get wiped out, your spouse can still sue you after the bankruptcy is over, and she may sue you while it's going on.

Does Every Creditor File a Proof of Claim for Chapter 13?

A Chapter 13 bankruptcy allows a burdened debtor to escape collection actions and lawsuits brought by creditors. A court trustee sets up a repayment plan in which the debtor repays a percentage of his outstanding debts to all creditors who have filed a Proof of Claim form. Important rules in the bankruptcy code govern who needs to file a Proof of Claim to obtain repayment from the debtor.

Laws on Debt Forgiveness Through Chapter 13

When debt piles up, individual debtors may need the structure of a bankruptcy case to get back on their feet again. If ...

Filing a Chapter 13 bankruptcy petition enables a debtor to pay back debts over a three-to-five year period, through a ...

Chapter 7 Vs. Chapter 11 for Individuals

Most individuals qualify for a Chapter 7 bankruptcy. This is a good thing since compared to other chapters, filing ...

In a Chapter 13 bankruptcy, a debtor agrees to make monthly payments to a court-appointed trustee. The payments, which ...