Courts in most states are opposed to separating siblings when their parents divorce. Children are experiencing the trauma of their parents' separation, and judges often see parting them from each other as an added cruelty at an already vulnerable time. This doesn't mean, however, that no judge will ever order such an arrangement. It just means that parents have the burden of convincing the court that such divided custody is good for their kids and appropriate to their family's situation. 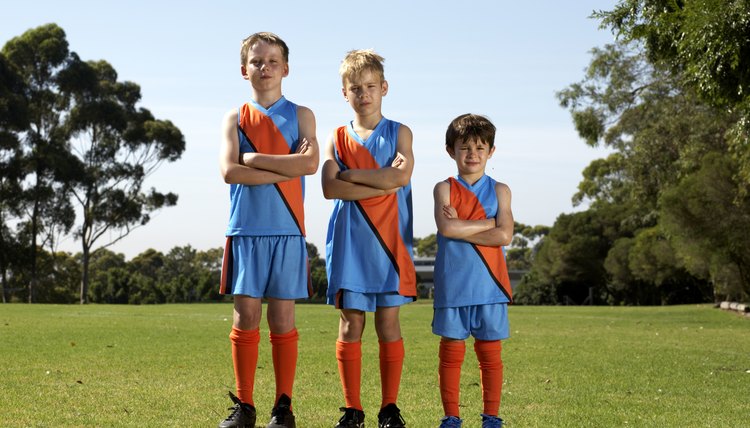 Split custody is the term typically used to define an arrangement where siblings live in different parents' homes, though it can vary from state to state. Sister might live with Mom and have visitation with Dad, while Brother lives with Dad and has visitation with Mom. The children's home base, the home in which they spend the most overnights, is their primary residence.

Courts need a strong reason to order split custody, and it usually boils down to a request by the parents and possibly even the children themselves. If a child wants to live with one parent, but his sibling wants to live with the other, the judge might acquiesce and approve such an arrangement. Economic reasons can factor in as well. Even with child support, it can be economically difficult for a parent to sustain a household with several children. In such situations, the children might fare better if each parent's budget is stretching only enough to support one or two of them and their daily needs. Judges typically won't order split custody just because both parents want the children with them. Parents would have to establish a case that the arrangement specifically benefits their children.

The terms of a split custody arrangement can become complicated if one or both parents bring children from previous relationships into the marital family and subsequently have children together. Children can bond just as strongly with half-siblings as they can with those they share full blood with. If two half-brothers grow up together, are close to the same age, and are best friends, they might be closer than full-blooded siblings who are years apart in age. Separating them into different households can be cruel, and one child may prefer to live with the biological parent of his half-sibling, even if it means leaving a full-blooded sibling behind. Courts increasingly take such factors of blended families into consideration when deciding split custody terms.

When courts do award split custody, parenting plans can become complicated. They must not only address parents' time with their children, but siblings' time with each other as well. Courts in several states have acknowledged that visitation terms for separated siblings can and should be incorporated into divorce parenting plans. In all states, courts base custody decisions on the best interests of the child, and time with siblings is in a child's best interests. This might cause a court not to order split custody in an effort to keep siblings together or, if split custody is awarded, sibling visitation is usually accommodated in the parenting plan.

Divorce is never easy, but we can help. Learn More
Do Both Parents Need to Live in the Same State to Have Joint Custody?

What Living Arrangements Are Best for Teenagers in a Joint Custody?

Some teenagers who live with joint physical custody arrangements have been doing so since they were young. Others may have the arrangement suddenly thrust on them at a time when things like friends, dating and choosing colleges are foremost in their minds. In either case, adjustments are often necessary when dealing with the schedule and feelings of a teenager who must frequently move between households.

Splitting Up Kids During a Divorce

Courts have not embraced split custody as a viable option when parents divorce. This arrangement separates siblings, ...

If you can't reach a custody agreement with your spouse, divorce means putting your family in the hands of a trial ...