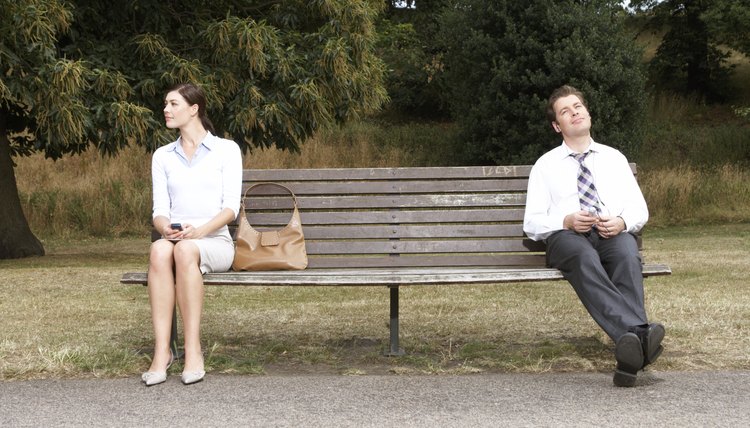 In some states, such as Maryland, separation is the only no-fault grounds available if you want to file for divorce without accusing your spouse of any wrongdoing. In Maryland, you must meet the separation requirement, which specifies the time you spend living apart from your spouse, before you may file for divorce. This isn't true everywhere, however. Illinois requires a separation period for its no-fault grounds, but you can live separately for the requisite period of time after you file. Your divorce will become final after you've passed the separation milestone, which is usually six months if you and your spouse are in agreement to end your marriage. Fault grounds, such as adultery or cruelty, typically don't require any period of separation.

Some states, such as California, allow you to file for judicial separation – commonly called legal separation – even if you don't meet the residency requirement to file for divorce. In these jurisdictions, after you've lived in the state long enough, you can simply amend or convert your separation decree to a divorce decree if you like, so that your separation counts toward your divorce in this respect, as well.

While New York allows couples to divorce on the grounds that the marriage is irretrievably broken, the divorce process will move faster if the couple can put aside their differences and reach an agreement on the terms of the divorce. Further, couples may not even begin the divorce process unless the marriage has been broken for six months or more and at least one spouse meets the residency requirements for the state.

North Carolina is somewhat unique among states in two respects: spouses can divorce without first resolving issues of custody, support and property, and the state has abolished fault-based divorce. Only two grounds exist for divorce: the incurable insanity of your spouse, or a one-year separation. Because most spouses are not incurably insane, this leaves many divorcing couples with only one option -- to separate a year before one of them files.

Technically, Pennsylvania’s statutes contain no mention of "legal separation." This is a bit misleading, however, ...

Living separate and apart for a period is a prerequisite for most grounds for divorce in Virginia. The state broadly ...