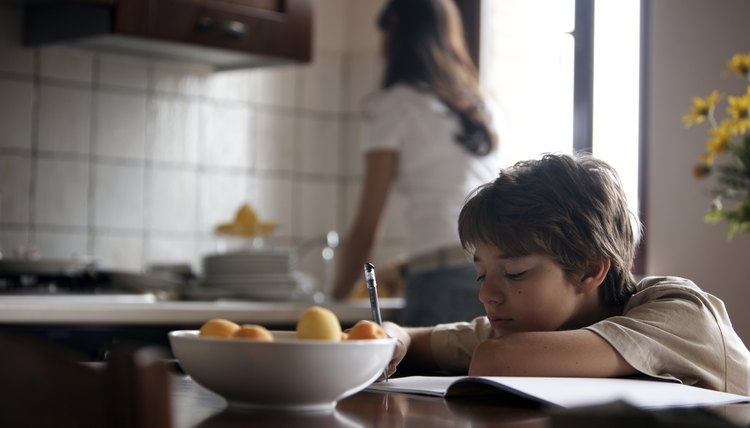 A shared physical custody arrangement is rarely exactly 50/50, with the child living an equal amount of time with each parent. However, it comes close. For example, in a shared physical custody arrangement, your child might live with you every week from Sunday through Wednesday and with his other parent Thursday through Saturday. Your child is with you four days a week and with his other parent three days a week, but each of you has one weekend day to enjoy when your child is not in school. Another common shared physical custody arrangement is for the child to spend alternate weeks with each parent. For example, he might live with his mother the first, third and fifth weeks of the month and with his father the second and fourth weeks of the month, extending throughout the year.

A shared or joint custody arrangement works best if you and your child’s other parent maintain a reasonably amicable relationship. You’ll have a great deal of interaction as you exchange time with your child on a frequent basis. If you’ve moved on to a new relationship, this might threaten your new partner. Ideally, you should also both live in or near to your child’s school district. If you don’t, your child must wake extra early on school days, during times when he is with you, so he arrives at school on time.

Moving back and forth between homes on a regular basis can be hard on a child, especially during his teenage years. If one parent remains in the family home where the child grew up, he most likely has friends in that neighborhood. He might resent having to uproot himself and his life for half a week every week if his other parent lives a considerable distance away. Young children may feel confused by the weekly changes, not sure where their “real” home is. If the relationship between you and your child’s other parent is very contentious, and if you bicker every time you cross paths, shared custody can be very stressful for your child.

Divorce is never easy, but we can help. Learn More
An Example of a Child Custody Schedule

A shared parenting plan post-divorce or after parents break up might be the kindest gift they can give their children, according to “Parents” magazine. The custody laws in all states, which stress that children should have frequent and loving contact with both parents, are in line with this same principle. “Parents” magazine indicates that children who enjoy this contact after their parents part ways are better adjusted and have fewer socialization, school and behavioral problems. But shared custody requires the dedication of both parents to make it work.

Every state defers to a concept called the “best interests of the child” when deciding custody issues. But different states interpret this guideline in different ways. As a parent, you might do your best for your child every day, only to find that a judge disagrees with your assessment. In the end, it comes down to the opinion of that judge and what he and his state believe to be the most important factors in a child’s life. But some standard tenets apply.

The term “joint custody” doesn’t lend itself well to an exact legal definition. Few states specify the number of ...

Like many states, Kansas has done away with the “tender years doctrine” that once assumed mothers should always have ...