How Should Divorcing Couples Handle Custody of Animals?

Many people love their pets almost as much as they love their children, so it's not surprising that disputes over ownership have become hotly contested issues in divorce proceedings. The fact that state courts don't address pets by statute complicates the issue. A great deal of case law exists, however – rulings that judges in various states have made over the years, showing a trend. 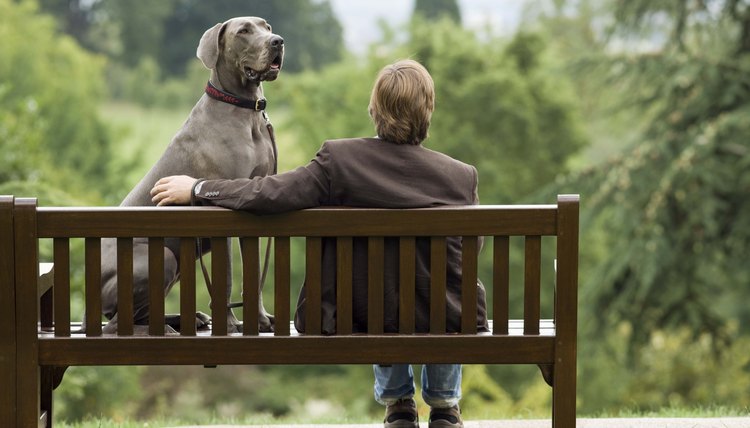 If you divorce by marital settlement agreement with your spouse, rather than by trial, most states allow you to address almost anything of concern to you in the document. You can make decisions regarding your pet, including who keeps it, who gets visitation, and who is going to pay for veterinary care and other related expenses. Your agreement may not be enforceable, however, if one of you decides later not to abide by its terms. Marital settlement agreements are contracts, and they're enforceable as such in civil court – unless you or your attorney merge it, rather than incorporate it, into your final divorce decree. Merging and incorporation are legal terms that address how your decree memorializes the terms of your agreement. If your agreement is merged, this gives family court ongoing jurisdiction over it in some states, and some family courts will not enforce issues regarding animals. If your agreement is incorporated, you can usually enforce it as a contract outside of family court.

When family courts do venture into disputes regarding pets, they tend to treat the animals as property, not loved companions. If you and your spouse can't come to an agreement regarding your animal and if you ask the court to rule on the issue, the judge will probably place a dollar value on your pet as a marital asset. The asset would then be assigned to you or your spouse, and the other might receive another asset of equal value. If the court does go so far as to also order visitation, the provision may not be enforceable later because a divorce decree ordered by a judge clearly falls under the jurisdiction of family – not civil – court. In 2003, a Pennsylvania appeals court ruled that enforcing visitation with animals was akin to addressing visitation with a "table or lamp." A court in Delaware refused to sign off on a marital settlement agreement the same year because it addressed pet visitation and the court felt it had no authority to enforce such terms later in the event of a conflict.

Some courts are trying to move forward with legislation to treat animals as family members, not property. This forces judges to consider some of the same issues that are involved in child custody when placing a pet with one spouse or the other. Factors on which judges have based decisions include the cruelty of separating children from their pet at an already traumatic time in their lives, which spouse typically cared for the animal, or if one spouse brought the pet into the marriage. A judge could consider spouses' past relationships with other animals if those relationships involved any degree of neglect or cruelty.

Although states have been slow to adopt family law legislation to address animals, some have taken steps to provide for them when domestic violence is involved. For example, California, Illinois, Maine, New Jersey and New York have all passed laws to include family pets in domestic violence restraining orders, either ordering the abusive spouse to stay away from the pet or imposing criminal penalties should the abusive spouse harm the animal in the process of a domestic incident.

Divorce is never easy, but we can help. Learn More
How Fathers Can Win Custody

Pennsylvania revamped its child custody laws effective January 2011. Historically, like other states, Pennsylvania based custody decisions on the best interest of the child. However, what qualified as a child's best interest was ambiguous before 2011. The state's legislation now contains more specific criteria. Judges are required to explain how they applied these factors to each case, either within a custody order or verbally in court.

Under Texas Law Can Dogs Be Part of the Divorce Degree

Texas divorce courts can be a little cold when it comes to issues of Fido. If you and your spouse have a beloved dog, ...

The law is firm that you can't get married if you're already married to someone else. If you do, it’s bigamy – unless ...

The Legal Complications of Dating in Oregon Before a Divorce

If your marriage has deteriorated, you may be eager to move on with your life. Although dating can seem like a logical ...