When Should Wills Be Filed After Death?

A will should be filed after death before the deadline set by your state's law. Often, these deadlines are several years after the date of death. By filing the will as soon as possible after a death, however, you may be able to substantially speed up the probate process. Consult an attorney in your state if you have questions about specific deadlines. 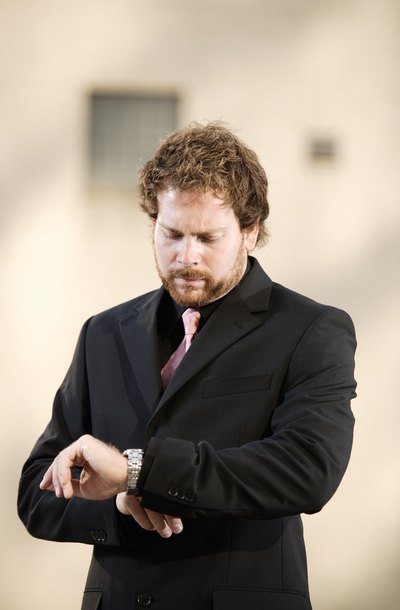 Most states only allow wills to be filed with a probate court for a certain amount of time after the death of the person who made the will, also known as the testator. These deadlines usually occur five or six years after the testator's death. After this time, the probate court will not accept a will, and distribute the testator's property according to the state's laws for people who die without making a will. Courts use these deadlines out of concern that a will that has waited that long for probate may be a forgery or be invalid in some other way.

Many probate courts have shorter limitation periods in which the will should be filed for probate. For instance, the state of Connecticut requires the person who has the original will either to file it with the probate court or to give it to the estate's executor to be filed within 30 days of the testator's death. If someone who has the will refuses to file it in time, he may face criminal penalties for stalling. The 30-day period is designed to keep the probate process moving quickly and smoothly.

Filing the will as soon as possible after death and opening the probate estate quickly offer several benefits. For example, even brief probate cases take several months to complete, because the executor must allow the amount of time required by law for creditors to contact the estate. Since assets cannot be given out of the estate until all these deadlines have passed, filing the will soon after death brings the deadlines to a close more quickly and allows the beneficiaries to receive their share of the remaining assets that much sooner.

A will contest is a lawsuit that claims the will is not valid for some reason. Usually, the will contest seeks to prove that the testator was not mentally capable of making a will or that the testator made the will under threat of force, coercion, or because he was tricked. A will contest can extend probate for months or even years, depending on how complicated the claims are and whether or not the losing party appeals. Starting probate early helps get will contests over with so that the estate can be resolved.

Protect your loved ones. Start My Estate Plan
Are There Time Limits in Will Probate?

Do Wills Need to Be Filed With a Court?

How Many Years After Death Do You Have to File a Will?

A will is filed with a probate court after a testator -- the person who made the will -- dies. However, probate courts in every state only accept a will if it is filed within a certain number of years after the testator's death. How many years after death you have to file a will depends on the laws of each state.

Wills can be contested, but the process is subject to complex laws that vary from state to state. If you believe you have cause to contest a will, immediately contact an attorney to learn the rules for doing so where you live. The burden is on the person contesting the will to prove that it should be set aside, so will contests are not typically easy to win.

How Soon Are Wills Executed After a Death?

Executing a will, or carrying out the instructions in its text, can begin as soon as the will is filed with the probate ...

How Long Does a Person Have to Contest a Will?

Most states give you a specific window of time in which to contest a will, and the clock starts ticking once a will is ...

When Will Heirs Receive an Inheritance After Probate?

Probate is the process by which a court authenticates an individual's will, and grants a personal representative the ...

Can You Contest a Will After Probate?

The probate process officially recognizes the will as valid. It also allows the executor to follow the will's ...