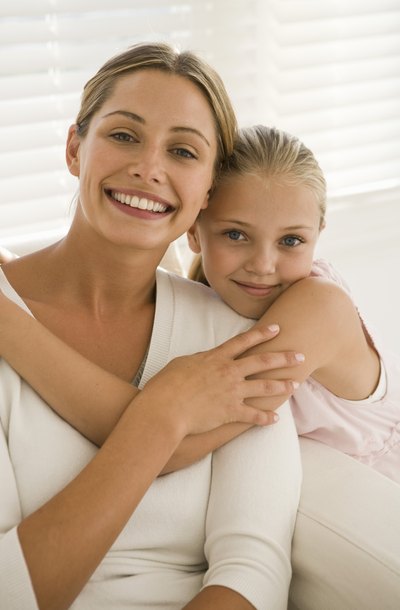 Tennessee recognizes both legal and physical custody. Legal custody represents a parent's right to decide how her child will be raised, as it relates to education, religion, health care and the like. Physical custody, on the other hand, represents a parent's right to provide a home for her child and see to the child's day-to-day needs. If a Tennessee court grants you sole custody, you will possess both, giving you the right to both raise and provide a home for your child as you see fit. Since you will not be sharing custody with your child's other parent, the court will likely grant him visitation rights so he also has an opportunity to foster and maintain a parent-child relationship with the child.

Like many states, Tennessee presumes joint custody, also known as shared custody or shared parenting, is in the best interests of the child when both parents agree. Unlike sole custody, shared custody means both parents provide a home for the child and together make decisions about the child's education, health and welfare. Typically, the amount of time the child is to spend in each parent's home and the requirement that all major decisions involving the child are made jointly is outlined in a parenting plan, entered into by the parents and approved by the court when the divorce is finalized. Although joint custody is ideal, it is only feasible when parents can share in the "care, custody and control" of their children amicably.

When deciding custody in a divorce, Tennessee courts always look to what arrangement is in the "best interests of the child." If pursuing sole custody, especially if your former spouse disagrees, it's important to know what factors the court will consider when making this determination. Factors include the "love, affection and emotional ties" between parent and child; each parent's ability to provide for the child and extent to which the parent has been the child's primary caregiver; stability of the parent's family unit; and parent's willingness to "facilitate and encourage a close and continuing parent-child relationship" between the child and other parent.

Once awarded sole custody of your child, you are entitled to child support from your child's other parent. Your former spouse is not absolved of his responsibility to contribute to the care and support of your child simply because he was not granted custody. In general, as part of the divorce decree, the court will establish a child support award in accordance with Tennessee's child support guidelines, which require noncustodial parents to contribute a portion of their income to custodial parents for their child's "suitable support and maintenance."

Divorce is never easy, but we can help. Learn More
What Is the Difference Between Custodial Parent and Sole Legal Custody of a Child?

Ohio courts typically decide child custody issues, called parental rights and responsibilities, as part of the Ohio divorce process. Final custody arrangements are often not ordered until the court issues the final divorce decree. If you and your spouse cannot agree on a mutually satisfactory custody arrangement to use until the court issues its decree, either of you may ask the court for a temporary custody order.

Forms to File for Full Custody of Children in California

Whether you’re still married to your children’s other parent, are already divorced or never married to begin with, California always requires the filing of court forms to initiate a child custody case. However, since California allows for two different kinds of custody, neither of which is referred to as “full custody,” you’ll need to determine which type to pursue.

During the divorce process, courts often establish custody orders. If one parent is awarded sole custody, the other parent's rights and responsibilities are contingent on what type of sole custody she received.

In Illinois, when you divorce your spouse, the court will establish a custody and visitation order as part of the ...

What Are My Responsibilities if My Wife Has Sole Custody?

At the conclusion of a divorce action, the terms of custody and child support are usually outlined in the final divorce ...

How to Petition for Sole Custody in New York

Sole custody is a custody arrangement in which one parent has sole decision-making authority over the child in addition ...