How to Get Sole Custody of My Unborn Baby in Washington

In Washington, it is not possible to obtain sole custody of an unborn child because courts will not make custody determinations until the child is born. However, courts cannot delay or deny a divorce based on a pregnancy, meaning you may still divorce while one spouse is pregnant, and then reserve the issue of custody until later. Like all states, courts in Washington will determine custody based on what is in the best interests of the child. 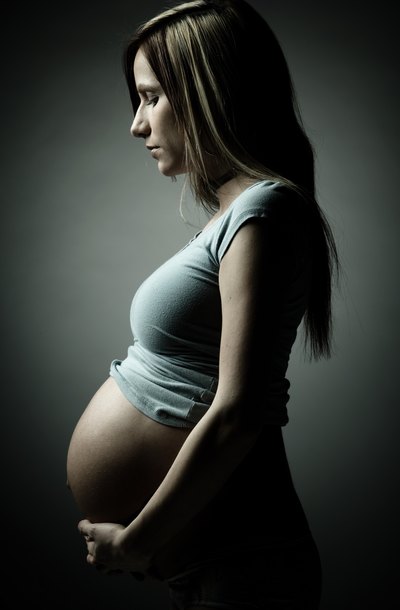 If you and your spouse cannot agree to the parenting schedule, you may submit a proposed parenting plan to have the court determine the custody arrangement. The plan may be submitted as part of the original divorce petition, even though the judge will not determine custody until after the child is born. You may "reserve" the issue of custody until after the child is born, meaning you do not need to pay a new filing fee to determine custody at the later date. On the parenting plan form you may ask the court to not award any parenting time to the other parent.

Unless the court finds that one parent is "unfit," both parents will have the right to spend time with and make decisions for the child. For example, if a parent provides evidence of physical or sexual abuse, or a parent willfully abandoned the child for an extended period of time, the court in its discretion may find that the parent is unfit. In making decisions on custody, the court is primarily concerned with what is in the best interests of the child, and parenting time will only be restricted if the child's health or safety may be at risk. As an alternative to restricting parenting time, the court may instead order supervised visitation.

Divorce is never easy, but we can help. Learn More
How Does Joint Custody Work With Breastfed Children?

How to Appeal a Child Custody Decision in Dallas, Texas

Child custody cases can be highly contentious and emotional, and an unfavorable ruling can be devastating. Texas law allows parents to appeal custody rulings, but the appeals process can be lengthy and difficult. If you are not already represented by an attorney, you will have a much greater chance of success if you hire a family law attorney who specializes in custody appeals. Appeals in Dallas are heard through the Texas Fifth Court of Appeals.

Can a Married Woman Get a Divorce if She's Pregnant by Another Man?

If you know your baby is not your husband’s biological child, you can still get a divorce in most states, though state laws vary on divorce and family law issues. Typically, a court will not use your pregnancy as a basis to deny or delay a divorce decree, even if you are pregnant by another man; however, a few states may not finalize the divorce until after the baby is born and paternity is established.

All states require that custody decisions be made according to a child's best interests. Kentucky is one of only a ...