When you’re going through a divorce, it might seem like everyone has some advice to give. The problem with unequivocally believing whatever they say is that they might not have a firm handle on the legal meaning of various divorce terms. If you have children, it can benefit you to fully understand all the terms involved in custody so you know what you're requesting and how it will affect you and your children. 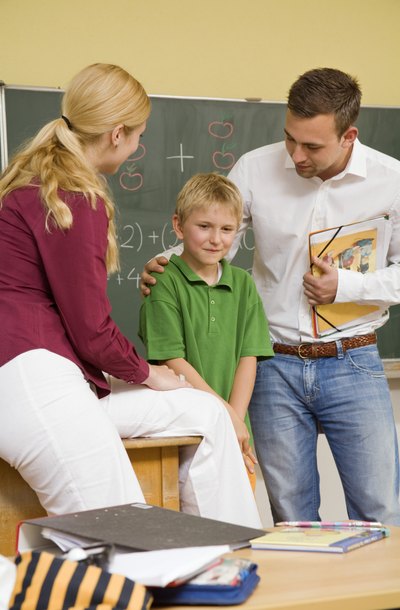 Sole custody is one of the trickiest phrases in divorce law because there are two types of custody – legal and physical – and the term might refer to one or both. In some states, such as Illinois and New York, it relates only to legal custody; it does not address with whom your children will live most often. This is in contrast to Indiana, where sole custody means your children live with you most of the time and you also have full legal custody. Depending on where you live, you could go to the wall fighting for full custody as part of your divorce, only to realize that what you've won is legal custody and your children will spend half or more of their time with your soon-to-be ex. With joint legal custody, you might find that your children live with you and have visitation with your ex, but the two of you must cooperate to make major decisions on their behalf.

If the court grants you sole legal custody as part of your divorce action, this means you're the only parent who can make major decisions on behalf of your children. Major decisions include those that are fundamental to their upbringing – like what schools they attend, what physicians they see, and whether they're actually mature enough to drive when they're old enough for a license. A court typically needs a compelling reason to award sole legal custody to one parent. For example, in Ohio, you and your spouse might be suffering through such a contentious divorce that the judge can't envision the two of you ever being able to work together for the best interests of your children, so he will grant legal custody to just one parent. Even if you're awarded sole legal custody, some states, such as Ohio, limit your decisions to those that have no significant economic effect on your ex.

Joint legal custody means that you and your spouse must cooperate and work together to raise your children after your divorce is final. You'll consult each other on issues of health, medical care, education, religion and important events in your child's life. If you don’t agree on a major decision, depending on your state's laws and your particular custody agreement, you may have to go back to court to break the impasse. In some states, such as Massachusetts, you and your spouse have joint legal custody by default after you file for divorce; this lasts until an order or decree is issued that states otherwise.

Physical custody is separate from legal custody. It refers to the parent with whom your children live the majority of the time. Different states may use different names for this type of custody. For example, in Illinois, it's called residential custody. In New Jersey, one spouse is the parent of primary residence and the other is the parent of alternate residence. Unless you have joint or shared physical custody rights, your children will spend most of their time with the residential or primary parent and have visitation with the other – regardless of the legal custody arrangement.

Divorce is never easy, but we can help. Learn More
What Is the Meaning of Primary Custodian?

In Iowa, as in most states, child custody issues must be resolved before the court can issue a divorce decree. Depending on the circumstances of your case, the court may establish a sole or joint custody arrangement. For example, if you and your spouse get along and work well together, the court is likely to grant decision-making authority to both of you. This means you both have a say in your child's upbringing, such as where he goes to school and what extracurricular activities he participates in.

Can I Have Joint Custody When the Mother Has Primary Physical Custody?

Effectively dividing parenting responsibilities between two parents who live apart is no easy task. From the parent's perspective, understanding how the court differentiates between legal custody and physical custody can be helpful, particularly in cases where a judge may award sole physical custody to one parent, but shared legal custody to both parents. It is important to note that while each state makes a distinction between physical and legal custody, the applicable laws vary from state to state.

What Does Full Custody Mean?

The definition of full custody depends to some extent on where you live and your state's legal jargon. It may mean that ...

Who Qualifies for Joint Custody of a Child?

When they realize divorce is imminent, many parents hope to have joint custody of the children. The term "joint ...

At first glance, joint custody and shared custody might seem to be the same thing – and they often are. The custody ...

Child support pays for the roof over your children's heads, the clothing they wear, the food they eat, and the heat ...