How to Have Someone Removed as the Executor of a Will

One of the benefits of writing a will is choosing your own executor. An executor steers the will through the probate process -- gathering assets, paying bills and distributing remaining property -- usually charging the estate by the hour for the duration of the ride. A knowledgeable and trusted executor may be able to shorten probate and maximize bequests. Courts hesitate to remove an executor named in the will, and do so only upon a showing of incapacity or dishonesty. 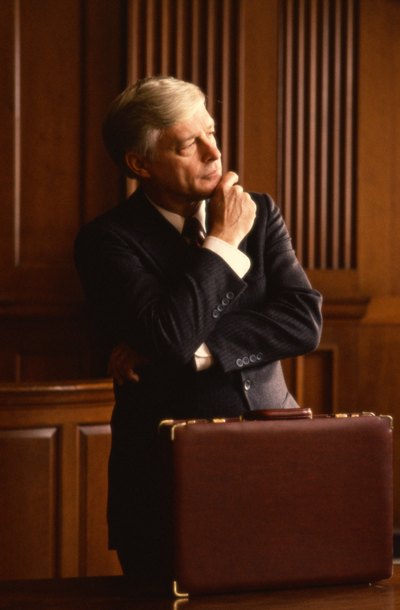 Review the probate laws of your jurisdiction to determine whether you have standing to challenge the executor. Since executor challenges delay probate and deplete the estate -- it pays for executor and attorney fees -- many state statutes only allow heirs to object to the qualifications or actions of an executor. A close personal relationship with the deceased is usually not sufficient to confer standing.

Investigate the character and background of the executor, if you intend to challenge on capacity. Recognize that the courts presume an adult to have the capacity for sound reasoning; allegations of mental incapacity must overcome that presumption. Look for evidence of a severe mental, physical or moral limitation making it impossible for the executor to serve. Proof of criminal behavior leading to jail time persuades most courts of moral incapacity.

View your evidence of improper behavior with clear eyes. Although executors owe heirs a fiduciary duty -- the highest duty imposed by law -- only serious infractions constitute grounds for disqualification. Courts will not disqualify an executor because an heir disagrees with her on an investment strategy. Nor will courts listen with favor to heirs' complaints that the executor's progress is too slow or inefficient. Instead, gather evidence of embezzlement, lies to the court, self-dealing or other malfeasance.

Hire a lawyer to file a timely objection. Alternatively, research the probate procedures in your jurisdiction and file your own. Rules governing the timing of most objections vary among jurisdictions. When the court receives an objection, it sets a trial date and notifies other heirs and the executor. Prepare your case, appear on the correct date and present your evidence to the court. Convince the court of the veracity of your allegations. The judge will either rule from the bench -- tell you her decision just after final argument -- or else take the matter under advisement and mail you a written decision later.

Protect your loved ones. Start My Estate Plan
How to Fire the Executor of a Will

In Oklahoma, when the executor of a will files the will with the court and a petition for probate, the court immediately sends notice to all the deceased’s heirs and beneficiaries. It may also publish a notice in the newspaper. The notices give a date for a court hearing to admit the last will and testament into probate. If you intend to contest a will, this hearing is the best place to start.

How to Contest a Will if a Person Is Incompetent

Sometimes heirs and beneficiaries react with shock when they learn the contents of a loved one’s will. If dear Aunt Ethel leaves her considerable fortune to her neighbor’s dog, her relatives usually have recourse to alert the court that she was probably mentally incompetent at the time she wrote her will. However, if she left every dime to a human beneficiary other than you, most courts will honor her wishes, at least without compelling proof that she wouldn’t have done so if she’d had all her faculties about her.

Procedure for Contesting a Will

When a person dies, his will goes through a court-supervised process known as probate. This process provides a reliable and legal method of managing the deceased’s estate. Individual states regulate the probate proceedings, and may set limitations on anyone's ability to contest the validity of a will in probate.

How to Challenge an Executor of a Will

If the estate is the boat, the executor is the captain. An executor -- termed personal representative in some states -- ...

How to Remove an Executor of a Will

Chosen by the testator -- the person who writes the will -- and nominated in the will itself, an executor administers ...

Probate is court-supervised administration of a testator's last will and testament. Upon the death of the person making ...