North Carolina does not take marital fault into account when granting a divorce, but it does consider wrongdoing by a spouse when awarding alimony. When you request support payments in a divorce proceeding in the state, you have several fault grounds from which to choose. One of them is reckless spending. In North Carolina, the law considers a spouse who spends money profusely and imprudently to be a spendthrift. If your spouse's spending habits resulted in the destruction or waste of marital assets, you may be entitled to alimony under state law. 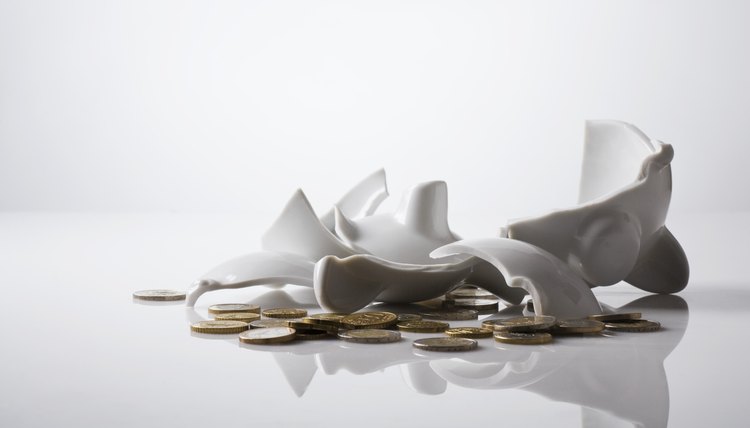 North Carolina is a no-fault state. This means divorcing spouses do not have to blame each other to obtain a divorce in the state; any claims of wrongful or bad spending habits are irrelevant at this stage. Instead, North Carolina law simply requires spouses to live separate and apart for one year. Living under the same roof but in two separate bedrooms does not count. Once the one-year separation requirement is met, either spouse may file for divorce in the state. North Carolina also permits spouses to divorce based on incurable insanity, but this ground is rarely used due to its specialized nature. Once you submit your petition, including any requests for alimony, the divorce process begins. You have the option of requesting temporary alimony, paid while divorce is pending; permanent alimony, paid after divorce is granted; or both.

Before awarding alimony in North Carolina, the court must determine that you are a dependent spouse. To qualify under state law, you must substantially depend on your spouse for support and maintenance or be in substantial need of support and maintenance from him. In other words, you must prove to the court's satisfaction that you are unable to support yourself and maintain the standard of living established during the marriage without your spouse's help. This may be established in a number of ways. For example, you may be dependent on your spouse because he is the sole or primary breadwinner, you work part-time or in a less profitable career than your spouse, or you serve as your children's primary caretaker. If your spouse is unable to provide for his own needs as well as pay the support you need, the court will not award alimony.

Once the court determines you are entitled to alimony as a dependent spouse, it will move on to deciding the amount and duration of the alimony award. To make this decision and ensure the award is equitable, the court must look at 16 factors outlined in state law, including marital misconduct. Under North Carolina law, reckless spending falls under the category of marital misconduct as well as the destruction, concealment, diversion or waste of assets. Examples may include spending money on a gambling habit, unnecessary shopping sprees, jewelry or luxury vacations for a mistress, or hiding money in a secret bank account or with third parties. To be admissible as evidence, the spendthrift behavior must have occurred during the marriage and not after you and your spouse separated.

If your claim for alimony is successful, the court may order payment in the form of a lump sum, periodic payments or transfer of property to you, such as the vacation home. The court may also limit alimony to a specific time period or until either spouse dies or you cohabit with, or marry, someone else. Typically, the longer the marriage, the longer alimony lasts. Generally, alimony is modifiable if circumstances substantially change at a later date; for example, due to job loss or disability. Although you may be entitled to alimony, the court may choose to deny payment if you have been unfaithful. Under North Carolina law, an otherwise deserving spouse is barred from receiving alimony if she engaged in illicit sexual behavior, or adultery, during the marriage. However, the court will disregard the infidelity if your spouse forgave the behavior; for example, by staying married for a period of time after discovering the affair. If both spouses cheated, the law leaves awarding or denying alimony up to the court's discretion.

Divorce is never easy, but we can help. Learn More
Does a Spouse Stealing Money Qualify for a Divorce?

Alimony is a monetary award paid to the financially weaker spouse after a divorce. Tennessee courts can award one of several types of alimony available, based on a number of factors that generally include duration of marriage, age and mental health of the receiving spouse, and education and potential need for training for the receiving spouse. The type of alimony awarded is based on the spouses' circumstances, and the court may award more than one type of alimony, where appropriate. The law also dictates when alimony can be modified, as well as when the obligation to pay terminates.

Alimony, also called spousal support, may be awarded during a divorce proceeding in Kansas. Alimony is paid by one spouse to the other when the receiving spouse has neither a sufficient income nor sufficient assets to be self-supporting when the marriage ends. The Kansas Revised Statutes set forth the types of alimony available, duration of payments and when alimony can be modified or terminated.

Alimony, or spousal support, is money paid by a party to a former spouse. Wyoming, like all states, has a specific set of laws governing alimony awards. Wyoming, also like all states, allows individuals to obtain a divorce without proving the other party was at fault. Alimony is not intended to punish a paying spouse, but rather to provide fair and necessary assistance to the spouse who needs it. Alimony statutes are gender neutral; both men and women can receive it.

Desertion Penalty in a Maryland Divorce

When a relationship goes through a difficult time or reaches an end, a husband or wife may decide to leave the marital ...