A holographic -- also called "olographic" in Louisiana -- will is written in the handwriting of the testator, or the person making the will. Not all states recognize a holographic will as valid. The states that do recognize them have differing requirements for what constitutes a proper holographic will. For instance, some states require that the entire will be handwritten, while others require only that "material provisions" be in the testator's handwriting. 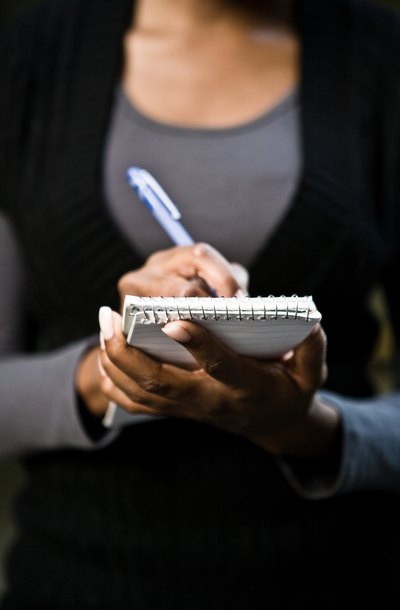 States that require that the entire will be in the testator's handwriting may not recognize the will if you use a preprinted will form to handwrite your will, as the preprinted portions would not be in your handwriting and may invalidate the will. States that require the entire holographic will to be in the testator's handwriting include Arkansas, Louisiana, Nevada, North Carolina, Virginia and West Virginia, according to LawChek.

Some states accept a holographic will even if it is not entirely in the testator's handwriting, as long as "material portions" -- such as the testator's signature, the date and the parts of the will that designate an executor or guardian or that distribute property to certain people -- are handwritten, according to the American Bar Association. These states include Alaska, Arizona, Idaho, Maine, Michigan, Montana, New Jersey, North Dakota, Oklahoma, Pennsylvania, South Dakota, Utah and Wyoming, according to LawChek.

Protect your loved ones. Start My Estate Plan
The Legality of Wills in Different States

How to Contest a Will in Colorado

To contest a will in Colorado, as in other states, you must be an "interested party," which means you must stand to gain from the will in some way. You must also have valid grounds upon which to contest the will. In Colorado, valid grounds to contest a will include lack of testamentary capacity, undue influence or failure to adhere to the state's prescribed formalities such as lack of witnesses, among other oversights.

What Makes a Will Legal in California?

California state laws contain specific rules for what makes a will legal in the state. California's will laws are laid out in the California Probate Code. Like most states, California requires a will to be signed by the testator, or person who made the will, as well as by two witnesses.

How to Contest a Will in Louisiana

In many states, handwritten, or holographic, wills are either not legal, or accepted only if they meet certain ...

States Where Holographic Wills Are Legal

Generally speaking, a will must comply with a state’s probate formalities for admission to probate. While state laws ...

A holographic will is a will that is written by hand instead of printed or typed. The state of Tennessee generally ...