What Is the Statute of Limitations for Hiding Marital Assets in a Divorce?

Courts rarely re-open property settlement orders following a divorce. However, many judges will do so if it is later discovered that a spouse intentionally hid assets. Generally, the case must often be brought soon after the divorce judgment. 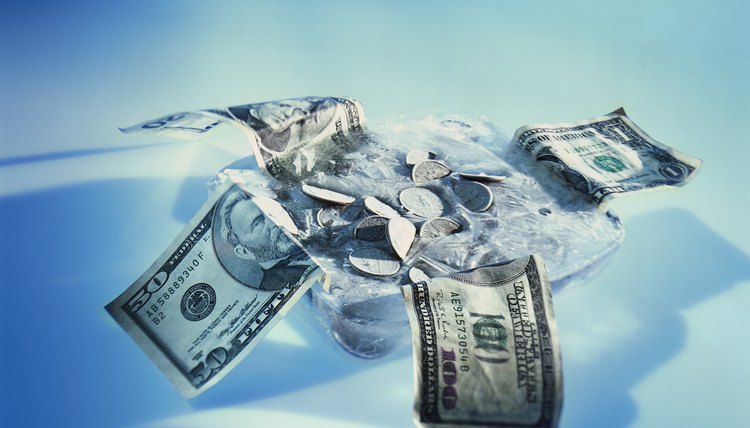 Depending on the state divorcing spouses live in, property acquired during the marriage - known as marital property - will either be split equally or equitably. A handful of states, such as California and Arizona, are community property states, which means marital property is split 50-50 between spouses. However, in the remaining states, including New York and Florida, marital property is equitably distributed. This means it is divided in a manner that is fair and just, but not necessarily equal, so divorcing spouses can walk away with uneven splits, such as 60-40 or 70-30.

Hiding Assets and Statute of Limitations

Once spouses divide marital property in divorce, the terms of the property settlement are final. As a result, courts rarely re-open this portion of a divorce case, usually only doing so when there has been serious misconduct on the part of a spouse, such as fraud. If a spouse intentionally hid assets during a divorce, this may be sufficient grounds for a court to re-open the divorce case and set aside the original property settlement and substitute a new one. How long a spouse has to make this request depends on state law. For example, in Massachusetts, a claim must be brought within one year after the judgment; in Colorado, within five years after judgment; and in Wisconsin, within one year from discovery of fraud.

Does a Colorado Court Split Assets at a Final Hearing for Divorce?

Colorado is an equitable distribution state so spouses roll the dice when they’re unable to divorce by agreement and must leave property division to the discretion of the court. Unlike in community property states, where courts divide assets evenly between spouses, Colorado judges have the right to decide what is fair and reasonable. Whether you and your spouse reach a settlement agreement, or a judge must decide issues for you, the property division aspect of your divorce usually becomes ironclad at your final hearing.

Can I Get Alimony After My Divorce is Final in Florida?

When Florida spouses divorce, they can agree to terms such as property division, child custody and alimony. If they can’t agree, a Florida court will issue decisions on these terms as part of a divorce decree. Alimony is typically addressed at the time of the divorce because, with few exceptions, after the divorce is final, it’s too late for the court to award alimony.

If you are getting a divorce in Florida, the property you and your spouse own together -- the so-called marital assets ...

When couples divorce in Florida, they must resolve all marital issues before they can move on and start life anew. ...

Can a Man Give Away Marital Assets Without the Consent of a Wife in Michigan?

As long as you’re married, the court has no jurisdiction over your property, in Michigan or elsewhere. The law doesn’t ...