The Statute of Limitations on Unpaid Alimony in Alabama

Alabama courts often grant alimony, or spousal support, to one party in a divorce based on that person’s need for financial support. The state allows several types of alimony ranging from short-term temporary support to permanent lifetime support. When a former spouse falls behind in making support payments, recipients in Alabama can take several measures to try to collect the past-due amounts. 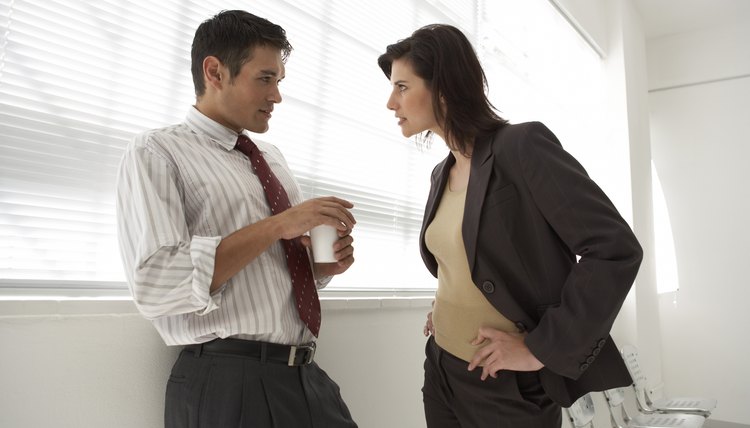 In Alabama divorces, you may be entitled to one of several types of spousal support depending on the financial circumstances of both parties. Lump-sum alimony, sometimes called alimony in gross, covers the receiving spouse’s future support in one initial payment; temporary alimony lasts for only a short, specific period of time and is granted when both spouses are on almost equal financial footings but one spouse needs a little help to relocate or adjust to a new life; rehabilitative periodic alimony is paid monthly for a set period of time to allow a spouse to become self-supporting by attending school or job training; and permanent periodic alimony is paid to a spouse who has cared for the family in a long-term marriage, often forgoing her own education and career to support her spouse.

The term statute of limitations is a legal phrase that simply refers to the period of time you have to sue someone who owes you money. In Alabama, you have 20 years in which to collect money pursuant to a court judgment, including an award of alimony ordered as part of your divorce. Since there is no state agency in Alabama that will enforce compliance with alimony orders as there is for child support, you are responsible for initiating a court action to recover past-due support payments.

Petition for Contempt of Court

If your former spouse is not current with support payments under your divorce decree, your primary recourse in Alabama is to file a petition asking the court to find him in contempt for willfully failing to comply with the court's order. The purpose of obtaining a contempt order is to compel your ex-spouse to resume making alimony payments, but it can also result in fines and possible jail time for refusal to comply. It is totally within the judge’s discretion to hold someone in contempt, and a major factor is whether the former spouse actually has the financial ability to pay.

As an alternative to petitioning the court for a contempt order, you may sue your former spouse just as any other creditor can. In Alabama, creditors have six years in which to obtain a judgment for money owed. Once you get the judgment from the court, you have 20 years to collect on that judgment. You may garnish your former spouse’s wages up to 25 percent of disposable income. You may also place a lien on your ex-spouse's real estate or personal property, such as cars and bank accounts, by obtaining a writ of execution from the court. A lien is a legal hold on the property so it can't be sold or liquidated until you are paid. With the writ of execution, you can file a notice of the lien in the county court where the specific property is located.

Your former spouse may be able to change the amount of alimony by petitioning the court for modification of the original support order. To do this, he must demonstrate to the court that there has been a substantial change in circumstances affecting his ability to pay, including loss of employment or disability. Alimony may also be modified when there's a change for the better in the financial situation of the receiving spouse. Alimony payments may terminate altogether with the occurrence of certain events, such as the death of either spouse or the remarriage or cohabitation of the spouse receiving the payments.

Divorce is never easy, but we can help. Learn More
Alimony Laws in Kansas

If you have children in your custody, your divorce decree likely included a child support order whereby your ex-husband was required to pay a certain amount each month to support your children. However, it is not uncommon for someone who owes child support to pay less than the court required or to stop paying altogether. In such situations, legal remedies are available to enforce the terms of your divorce decree.

Ohio Laws on Spousal Support in a Marriage Dissolution

When married couples make the difficult decision to get divorced, the issue of spousal support can become quite contentious. It's important to understand what factors judges look at when determining whether to grant support and to what extent. Ohio law provides for two types of spousal support, temporary and permanent, which can vary based on the length of the marriage. In some circumstances, an order for support can be modified or even terminated by petitioning the court.

How to Collect Unpaid Alimony in California

A divorce case in California may include an order for spousal support, also known as alimony. Although alimony is not ...

The state of Tennessee provides for child support payments in cases where couples with minor children are divorcing. ...

Child support is awarded to a custodial parent to provide financial assistance with a child's basic needs, including ...