How to Stop Alimony if an Ex Cohabits

Alimony obligations can range in duration from months to years to forever. Regardless of how long you have been ordered — or have agreed—to pay alimony, you may be able to cut off your payments if your former spouse cohabits with a romantic partner. Whether you can do this depends upon state law and the terms of either your divorce decree or separation agreement. 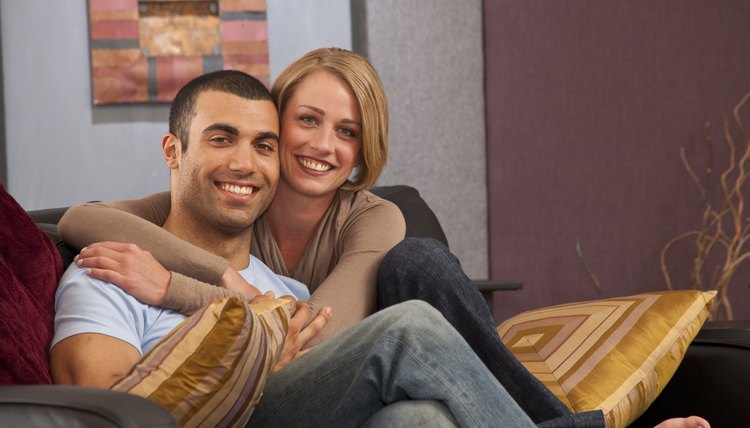 The kind of cohabitation that can get you out of paying alimony involves more than simply living with another person; your ex-spouse getting a roommate generally won't suffice. While the law on cohabitation in alimony cases varies from state to state, cohabitation typically involves not only living together but also exhibiting behavior one would expect to see coming from married couples, for example, going grocery shopping for each other, sharing vehicles, going out together, taking care of each other's pets and eating together as a couple. You usually must also show the existence of a romantic relationship.

How Alimony Was Set

If you think you can prove your ex is cohabiting with a romantic partner, whether you can terminate alimony depends upon state law and the terms of your alimony award. In some states, such as North Carolina, courts are required to terminate alimony, if established by court order, upon the paying spouse's proof of cohabitation by the receiving spouse. However, if you have a marital settlement agreement that does not allow alimony to continue upon cohabitation, it could be invalidated if it places unfair conditions on a former spouse that have nothing to do with her financial status — in essence, trying to control her social life with your purse strings.

Even if you have bona fide evidence of cohabitation, you generally can't just quit paying alimony. If alimony was set by court order, you'll need to file a motion to terminate alimony and properly serve your ex-spouse or her attorney of record. Failure to pay alimony as ordered could expose you to contempt-of-court charges, and you can never be totally sure that you will prevail on your motion. If alimony was set through a separation agreement that allows for termination upon cohabitation, you may be able to stop paying and then raise cohabitation as a defense when your former spouse sues you for breach of the agreement.

The burden of proving cohabitation rests on the paying spouse. To convince a court that your ex is cohabiting, you'll need to produce evidence proving it. Some payors hire a private investigator to take pictures and watch the receiving spouse's house. Testimony from neighbors, family members and children of sufficient age can also establish the existence of cohabitation. Bank records and credit card statements can shed light on expense-sharing arrangements. In the age of social media, the Internet can also be tremendously useful.

Divorce is never easy, but we can help. Learn More
How to Terminate Alimony Due to Cohabitation in Ohio

What Are My Chances of Getting Alimony Indefinitely?

The laws regarding spousal support, or alimony, vary from state to state. However, pursuant to a divorce, typically one ...

How to Refute Alimony

Alimony consists of payments that a supporting spouse makes to a dependent spouse in order to maintain the standard of ...

No Cohabitation Rules on a Divorce Decree

Once your divorce decree is established, the terms become binding and are usually set in stone unless there has been a ...