Sweat Equity and the S Corporation

Various contributions are made to startups and small companies by their owners in the form of cash, property and services. However, contributions made to the company by S corporation shareholders that are not in the form of cash can be harder to value. This is especially true of labor and services, which give rise to what is known in the business world as sweat equity. 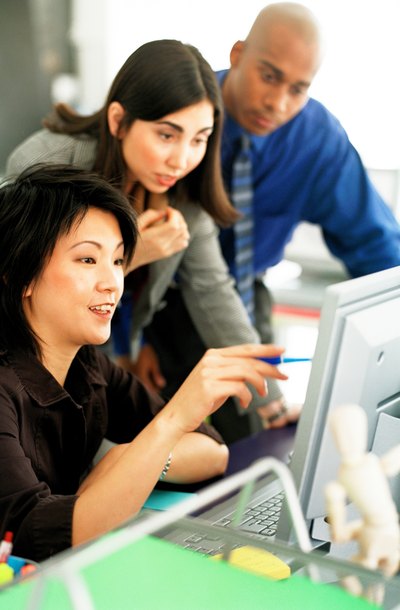 Sweat equity means labor or services performed by a shareholder that adds value one way or another to the corporation, as opposed to a strict amount of financial capital contributed into the business. This informal term is a way of describing the contributions of time and effort by the founders and early employees of a small business, such as an S corporation.

The shareholders can assign a fixed value on the sweat equity at the startup phase and decide how much ownership interest the owner should get in exchange for his services up front. However, once the shares of stock that represent each shareholder's ownership interest are distributed, the valuation of the sweat equity contribution is fixed and cannot be changed later. For example, if it is decided that an owner gets 33 percent of the outstanding stock in exchange for his work done for the company, that share allocation can't be changed retroactively, even if the shareholder provides inadequate services or stops doing work for the company prematurely. To avoid these types of issues, rather than value all sweat equity up front, a better way to value ongoing labor contributions is by assigning a reasonable hourly rate to the shareholder's time working on the company's behalf. This means his ownership stake will increase over time as he makes his contribution to the company, and it prevents common disputes from arising regarding the quality or extent of services rendered.

An S corporation is designated by the IRS as a small business corporation with relatively few shareholders. Accordingly, with a smaller number of owners, each individual shareholder owns a relatively greater share of the company. Thus, any unresolved disputes about money, ownership or management issues between shareholders in this common small business situation can have serious adverse consequences because of their individual power and relative level of control of the business. So, it should be a high priority for all shareholders to avoid these types of disputes by carefully agreeing in advance on how to value sweat equity.

Ready to incorporate your business? Get Started Now
The Definition of an LLC Managing Member

How Much Should I Pay Myself From My Corporation?

An owner's decision regarding how much salary to take from a business is generally a private management decision for closely held corporations — corporations where half of the shares are held by five or fewer shareholders — that are not publicly traded. However, the decision is affected by potential tax consequences.

A C Corporation is an independent, state registered legal entity used to organize businesses. It is also an organization that has a very formal and regimented control structure. The shareholders own the business, but they do not necessarily control the day-to-day operations of the business. Instead, the corporation’s operations are directly controlled by managers and officers. A shareholder can hold a managerial position in her company, but the process of obtaining that position may be more complicated than if she had applied for the job as a non-shareholder.

How to Change the Shareholders' Percentage in an S-Corporation

An S-corporation is a flow through tax entity; its shareholders are taxed on their shares of the business’s income and ...

How to Remove a Shareholder From an S-corp

While an S corporation functions like a C corporation, it is taxed differently. Each shareholder pays taxes on his ...

What Is the Difference in the Board of Directors and the Stockholders of a Corporation?

A corporation with many owners functions similarly to the American government in that it would be almost impossible for ...

A business that operates as a corporation generally drafts bylaws – a document that governs all aspects of the company. ...