What Do You Tell the Court if You & Your Spouse Don't Want a Divorce Anymore?

When you take legal steps to end your marriage, you invite the court into your personal life. However, all states recognize no-fault divorce so you don't have to air your dirty laundry if you file your petition or complaint on no-fault grounds. The same applies to stopping your divorce proceedings if you change your mind about breaking up. You do not have to go into intimate detail when you ask the court to either postpone or dismiss your case. 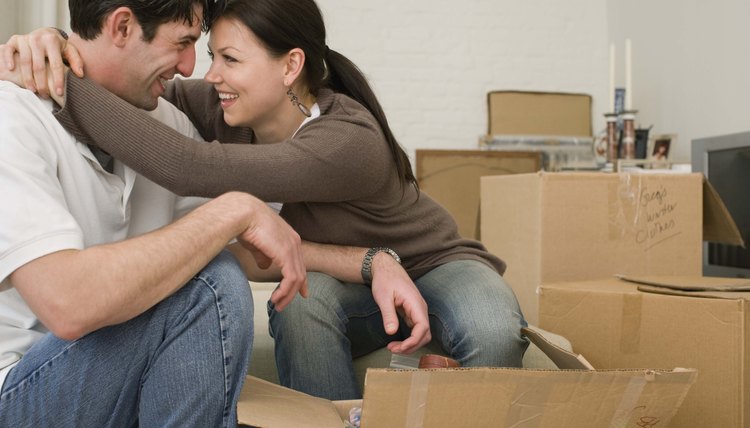 The legislative codes in many states have built-in provisions to deal with the possibility of reconciliation mid-divorce. These provisions allow you to stall your proceedings for a while so you and your spouse can decide whether you want to terminate the litigation or move forward with it. For example, in Tennessee, you can file a request with the court for an order of reconciliation. Such an order “preserves” your divorce complaint and everything contained in it so you don’t have to refile if you change your mind. In Arizona, you can ask the court to order counseling and this puts your divorce on hold for four months. In Illinois, a judge will give you about six months to decide if you want to stay together or break up. When making such a request, all you have to tell the court is that you would like some time to attempt a reconciliation.

If you’re very sure you want to stop your divorce and don’t think you need a period of time to think about it, all states allow you to dismiss your petition or complaint without going into a great deal of explanation. It’s sufficient to say you are voluntarily withdrawing your pleadings. In most jurisdictions, you must file a motion for dismissal or withdrawal. The court will review it and grant your request. If your spouse has filed an answer to your complaint with the court, you may have to file such a motion jointly, because he’s become an active part of the litigation.

If a judge has already signed and issued your divorce decree, you don’t have to tell the court anything. It’s too late to stop your divorce. The court doesn’t have the power to wave a legal magic wand and “undo” it. If you want to stay together, you can remarry. Speak with an attorney to learn the laws in your state because some jurisdictions impose a waiting period after a decree before you can remarry, even if you're marrying your ex-spouse.

In some divorce cases, the responding spouse may file a counter-petition or counterclaim in response to a divorce complaint. Counter-pleadings carry more weight with the court than mere answers to complaints. They act as a lawsuit in and of themselves. Therefore, if your spouse filed a counter-pleading in response to your complaint, withdrawing or dismissing your complaint will not end the proceedings. They’ll still go forward based on your spouse’s counterclaim. Your spouse would have to take deliberate steps to dismiss his counterclaim as well. If you retained an attorney, you should probably notify him first if you want to stop your proceedings. Otherwise, he’ll continue doing work on your case and billing you for it.

Divorce is never easy, but we can help. Learn More
Retracting a Divorce

Can You Back Out of Divorce If You Already Filed?

A divorce, like a marriage, can seem like a good idea one minute but a bad idea the next. If you filed a divorce petition and now regret it, you may be able to do an about-face without too much trouble, depending upon what stage in the proceedings you realize your mistake.

Who Gets Kids Before a Custody Hearing?

As long as you and your spouse are living together, you both have custody of your kids. Divorce may be on the horizon. One of you might even have already filed a petition with the court. It doesn’t matter, provided both of you are still residing under the same roof with your kids. Custody usually does not become an issue until one of you moves out, or one of you seeks an order to pave the way for moving out at a later time.

What Happens If an Uncontested Divorce Suddenly Becomes Contested?

The advent of no-fault divorce in every state gives rise to the prevailing concept of the "uncontested divorce" -- a divorce in which the parties have resolved any outstanding issues and all that remains is the judicial act of ending the marriage. Sometimes, however, a spouse files a petition for a simple divorce and the other side counter sues for alimony, child support or property division. When this happens, the divorce is no longer uncontested.

For all practical purposes, Indiana is a no-fault state. Its statutes don't include the typical fault grounds of ...

Motion to Reinstate a Divorce Complaint

Deadlines and mandatory court filings can complicate the divorce process, especially when you’re representing yourself ...

How to Withdraw a Divorce Complaint in New Jersey

Not everyone is unequivocally sure they want to end their marriage. They may file a divorce complaint in the heat of ...

Can the Respondent Finalize a Divorce if the Petitioner Won't Sign?

Sometimes a spouse files for divorce only to find out that the process is not going exactly the way she anticipated. ...