Texas Law Regarding the Joint Custody of a Newborn

When Texas parents divorce, the court splits custody between the parents based on the best interests of the children involved. No two situations are exactly the same, and the best interests of the children can vary according to their ages. Thus, the custody arrangements created for a newborn are typically different from those created for an older child. 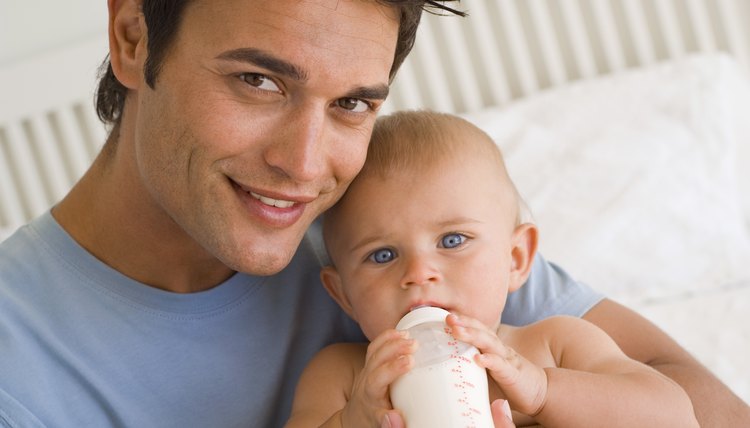 Texas treats legal and physical custody separately, and either can be awarded to both parents jointly or solely to one parent. Legal custody, called conservatorship in Texas, refers to the right to make important decisions involving the child, such as whether he receives medical care and religious education. Physical custody, called possession, refers to the time the child spends with each parent. It is rare for possession to be split exactly in half, especially when the child is a newborn, because newborns typically need consistent routines. Thus, Texas courts typically award primary custody to one parent and give visitation rights to the other.

Creating Your Own Arrangements

Texas parents can create their own arrangement of conservatorship and possession, and they can customize visitation rather than relying on a court to decide for them. Although the parent-created schedule must be approved by the court before it becomes legally binding, judges typically go with the parents' agreement. Later, after the court adopts the parents' suggested arrangement, they can modify it without the court's involvement. If the parents cannot agree to modifications later, they can return to court for the judge to rule on a modification request.

When parents cannot reach agreement on their own, the court will establish the division of custody rights, typically as part of the divorce decree. Texas courts generally use a standard possession order, established in Texas' Family Code, to make visitation arrangements for older children as consistent as possible. While this standard order is presumed to be in a child's best interests once the child reaches age 3, courts typically do not follow the standard order for younger children. Instead, courts try to provide shorter, more frequent visits for very young children, never going any more than seven days without seeing each parent. A likely schedule for a newborn could place the child with his non-custodial parent for two hours each Tuesday and Thursday and four hours on Saturdays.

Sometimes, a standard or presumed schedule simply does not work well for a particular family's situation, so the court will design a customized schedule for the family. For example, parents who live more than 100 miles away from each other will likely have a different visitation arrangement than those who live in the same town. Long-distance visitation for newborns can be especially difficult because of a young child's preference for routines and stability. Parents who are in the military may have a special schedule, too, since either parent could deploy overseas for several months, making traditional visitation schedules impossible. When the records show a history or evidence of family violence, Texas courts can order supervised visitation for the child to allow him to form a relationship with his parent while still ensuring his safety.

Divorce is never easy, but we can help. Learn More
What Living Arrangements Are Best for Teenagers in a Joint Custody?

Visitation Rights for Fathers Over 100 Miles From a Child

Half of all children born to married parents in the United States will experience a divorce in their family before they reach 18, according to the Office of Juvenile Justice and Delinquency Prevention. Thus, divorce courts nationwide are accustomed to handling child custody and visitation issues. Though state laws vary, courts generally make every effort to design a visitation arrangement that is in the best interests of the child, even when one parent lives a long distance away.

Can Child Support Be Stopped if a Child Is Not Living With a Parent?

Generally, a parent who does not have primary custody of his child will pay support to the parent who does. However, sometimes children spend more overnights with their noncustodial parent. This requires modification of the existing custody order to reflect the actual custody arrangement. After that happens, the court can recalculate child support, or even eliminate it, if there is only one child and that child went to live with the parent who formerly did not have custody.

The fathers' rights movement is a response to perceived injustices in the family court system throughout the country. Advocates for both fathers and children have brought about significant changes in child custody law over the past few decades, and many divorced fathers can look forward to increased time with their children and even primary custody. Indiana, like most states, uses a "best interests of the child" standard and considers each child custody case based on the individual circumstances of the family. As a result, there aren't explicit rules for the amount of time each father gets with his child. There are, however, numerous laws and procedures that can protect the rights of fathers.

What Are the Standard Texas Child Visitation Laws?

When parents divorce, the court must decide how to split their time with their children. This split is normally made ...

When parents divorce in Texas, the final divorce decree must include a parenting plan for children who are under the ...

Custody orders sometimes baffle parents with their legal terminology, to the point where parents often aren't sure ...