When parents contest custody, it's usually one of the first things a court will rule on in a divorce -- at least temporarily. Even after custody terms are resolved in an order or decree, they're rarely permanent. As circumstances change, it's often necessary for parents to go back to court to readdress visitation and parenting plan issues. 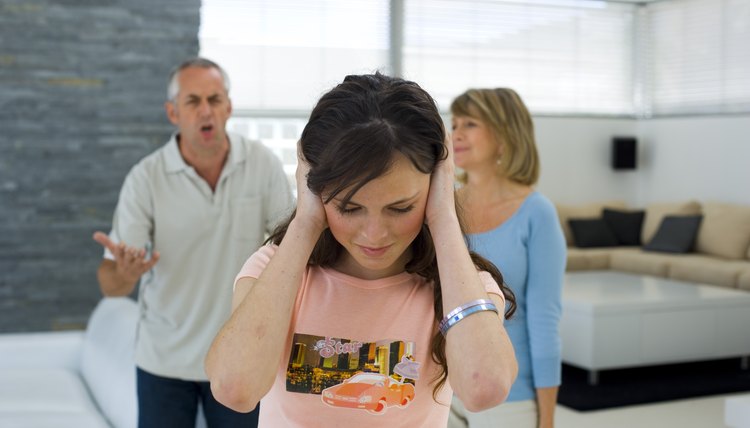 Pendente lite motions ask the court for temporary custody orders until a divorce is final. The phrase is Latin and means "pending the litigation." Pendente lite motions asking for temporary custody may not be successful if the filing parent asks the court to order the children to move. For example, if a parent leaves the family home and then files a motion for custody until the divorce is final, a judge is not likely to force the children to pack up and move out of the family home so they can live with him. Temporary custody often remains with the parent who stays in the marital home. The terms of a pendente custody order can carry over into a final decree or divorce judgment. If the children are doing well with the parent who has pendente lite custody, judges typically won't force them to move after the divorce is final.

Parents sometimes find themselves back in court long after their divorce is final. When circumstances change making their existing custody arrangement no longer reasonable, either parent can file a motion asking the court to modify it. Typically, something significant must have changed. For example, a teenager might decide he wants to live with his other parent. Depending on his age and reasons, courts will often allow this. If conditions in the custodial parent's home have deteriorated a great deal since the divorce -- for example, because of a drug or alcohol problem or a new stepparent -- this could warrant a motion for modification.

Parents can file enforcement motions when the other parent blatantly disregards the terms of a custody order or the custody provisions of a divorce decree. This type of motion varies somewhat by state. In some jurisdictions, you can file a motion for an immediate hearing, sometimes called a motion for an order to show cause or a motion for assistance. This typically occurs when one parent is withholding the children from the other and an order is necessary to authorize law enforcement to return the children to the rightful parent. Parents can also file enforcement motions if either parent refuses to honor the ordered visitation schedule.

Parental relocation usually begins as a motion and ends as a trial. Most jurisdictions prohibit a parent from moving out of state with the children without the consent of the other and, in some states, the restriction may be as few as 50 miles away. If a nonresidential parent opposes the move, he can file a motion with the court and ask a judge to block it. If a nonresidential parent refuses to give consent, the custodial parent can file a motion asking the court to allow the move anyway. In both cases, the judge will usually want to hear a great deal of testimony and review extensive evidence to determine whether the move will benefit the children more than it hurts them to be separated from the parent remaining behind.

Divorce is never easy, but we can help. Learn More
Custody Laws in Kentucky

Although state courts are increasingly moving toward joint custody arrangements after divorce, the old standard of one parent having physical custody and the other having visitation still exists. This is particularly true while your divorce is still pending and if one parent has moved out of the marital home – judges don't like to upset a child's status quo unnecessarily, so the parent who moves out might end up with visitation rather than joint custody until the divorce is final. Under some circumstances, a court might deny visitation, but a custodial parent can't do so on her own.

When parents divorce, the court makes custody decisions and includes them in the final divorce decree. A Maryland court may award joint or sole physical custody, joint or sole legal custody, or some combination of both. Legal custody is the right to make important decisions about a child, such as where the child will go to school or church; physical custody represents which parent the child lives with and takes care of the child's day-to-day needs. If a court gives sole physical custody to one parent, it may also issue a visitation order to the non-custodial parent, allowing him to spend time with the child.

How Long Can Temporary Custody Last?

The word temporary can be somewhat deceptive when it comes to divorce law. Technically, it refers to pendente lite ...

Most state courts base custody decisions on the best interests of the children. Many legislative codes are vague about ...

In the context of divorce, temporary custody is truly temporary – it lasts only from the time the order is issued until ...