While cooperating and communicating with your spouse during divorce proceedings may be challenging, it can allow you to negotiate a better divorce settlement and avoid the time and costs associated with going to court. Illinois provides for a simplified divorce procedure in certain situations. Contested cases can become uncontested if the couple reaches agreement on a divorce settlement. Alternative dispute resolution is available to help couples talk through their issues and reach an agreement. 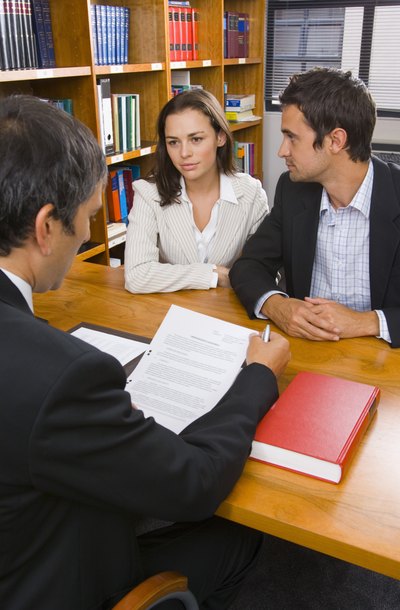 In certain circumstances, when a couple agrees to get a divorce and cooperates throughout the process, they may use the simplified dissolution procedure. Under the simplified procedure, the couple does not have to attend a hearing before a judge. Instead, the couple may complete the process in one day by filling out forms and submitting them to the court clerk. However, a court will only grant a simplified divorce if the couple does not have any children or real property, both spouses waive their right to spousal support, the couple completes a written agreement to divide property, the total value of all marital property is less than $10,000, and the combined income of both spouses is less than $35,000. Further, at least one spouse must be a resident of the state for at least 90 days and the couple must live separately for at least six months prior to the simplified filing.

Because many couples may not meet the strict requirements for a simplified divorce in Illinois, many spouses instead reach a settlement agreement to avoid going to court. Generally, an uncontested divorce begins with one spouse filing a divorce petition. After the petition is filed, the couple may meet to negotiate a settlement agreement, which will provide how the property will be divided as well as spousal support, child support and child custody arrangement. The couple may then present the settlement agreement to the court; if the court approves of the agreement, the judge will dissolve the marriage and confirm the agreement.

In Illinois, a couple may seek a no-fault divorce, meaning that neither party is responsible for the dissolution of the marriage but instead the couple has irreconcilable differences. If a divorce goes to a hearing, a court may award a divorce on the grounds of irreconcilable differences if the couple was separated for more than two years and efforts to reconcile the marriage have failed. However, in an uncontested divorce where the couple agrees to a no-fault divorce, they may agree to waive the two-year waiting period, so long as the couple has lived separately for at least six months. The state law is somewhat unique in that the couple does not have to live apart for six months or two years before filing if they cohabited in an attempt to reconcile within that time, but the final divorce decree will not be entered until the waiting period has passed.

In negotiating a divorce settlement to avoid going to court, many couples in Illinois pursue alternative dispute resolution. A common method used by divorcing couples is mediation, which may be court-ordered or voluntary. Mediation allows the couple an opportunity to talk through the divorce settlement with the help of an neutral mediator. A less common alternative is arbitration, where the couple presents their case before an arbitrator who essentially serves as a private judge. When a couple cannot agree on the terms of a divorce, an uncontested hearing ends with a prove-up hearing. At the prove-up hearing, each spouse will present evidence about the marriage to convince the judge to award a divorce decree under his or her preferred terms.

Divorce is never easy, but we can help. Learn More
What to Expect at ERC for an Arizona Divorce

Mediation can help couples reach agreement on the terms of their divorce, avoiding long court fights and eliminating cost. However, mediation is only one part of the divorce process. Though couples can agree on issues like child custody, property division and alimony with the help of a mediator, they must go to court to finalize their divorce.

Although the specific details of the divorce process vary among states, the basic framework is virtually identical. Not every divorce has to be complicated and a substantial number of couples navigate the divorce process with little conflict. Some divorce cases, however, can last for several years and be extremely complicated. If you suspect your divorce could become complicated, you may want to speak with an attorney before beginning the process.

How to Complete a Friendly Divorce

It's not unheard of that two people decide to forego the screaming, crying and gnashing of teeth that often goes ...

What Is a Stipulated Divorce in Wisconsin?

Divorce can become a complicated, time-consuming process if spouses cannot agree on key legal issues and must have a ...

Dissolving a marriage is an emotionally draining process even when both spouses are on board. It may be easier to ...