The Uniform Child Custody Jurisdiction and Enforcement Act is recognized by 49 states, as of 2012, including Virginia. What this means for parents seeking a divorce in the state is that a court can't rule on your custody issues unless and until your children establish residency there. 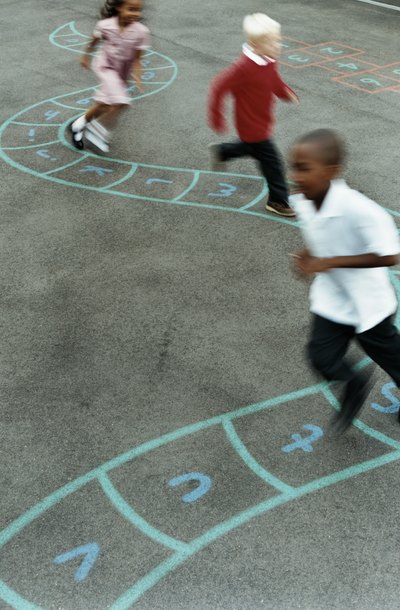 The National Conference of Commissioners on Uniform State Laws initially drafted the UCCJEA in 1997 -- and Virginia adopted it four years later. Its purpose is to discourage parents from taking the children and moving to another state to seek custody there. The 49 states that adopted the UCCJEA honor one another's rights to jurisdiction over custody matters. They won't modify a custody order entered elsewhere without the consent of that state, and they won't issue a new custody order, even as part of a divorce. The rules are complex because some states tweaked the terms of the UCCJEA slightly when they included it in their legislative codes. But one provision is universal: A child must have lived in the state where his parent is seeking custody for at least six months immediately preceding the date when the parent files.

If your spouse moves out of state with your children, you can still file for divorce in Virginia. Under the terms of the UCCJEA, Virginia has jurisdiction to rule on custody even if your children are no longer physically in the state. This assumes that they lived there for at least six months before your spouse took them, and that you still reside there. You have six months to act and file for divorce from the time your spouse and the children leave the state. After this time, the children's new state would gain jurisdiction if they lived there long enough to establish residency.

One exception to the UCCJEA rules involves emergency custody. If you move to Virginia to escape an abusive situation elsewhere, the state can claim emergency jurisdiction. This allows you to file for a temporary custody order, but you would still have to wait six months to actually file for a divorce, because of Virginia's residency requirement. The abuse does not have to be directed at your child – you could be the victim.

Virginia can waive jurisdiction if the court determines that the state is an inconvenient forum in which to decide custody issues regarding your children. The court must acknowledge that, for one reason or other, deciding custody in its jurisdiction would be difficult or impossible. It must concede that another state is more appropriate -- and this allows the other state to take over. This might be the case if both you and your spouse have moved somewhere else, so neither of you remains in Virginia at the time you file for divorce. The state where your children currently live could accept jurisdiction.

Living in separate states affords some spouses the luxury of "forum-shopping." Assuming both spouses have met residency requirements in their jurisdiction, they can initiate their divorce in either one. They can weigh the divorce laws in each state and choose one that best suits their purposes and goals. Of course, when spouses don’t get along, residency in different states can complicate the divorce proceedings tremendously.

What Is the Parental Kidnapping Prevention Act?

The media regularly reports on cases of parental child-snatchings, many occurring post-divorce as parents unhappy with the custody provisions of a divorce decree flee with their children, taking the law into their own hands. According to the website Travel.State.gov, it happens more than 200 times every day. Parental kidnapping is a common issue during and even before divorce. For this reason, several federal laws have been enacted, including some that specifically prevent parents from moving to a new jurisdiction in order to establish new custody orders that favor them. One is the Parental Kidnapping Prevention Act, passed in 1980.

America is a mobile society and it’s not unusual for spouses to decide to literally move on after a divorce or even during a divorce – sometimes to another state. If they have children, however, this complicates the situation tremendously. It's enough of an issue that the federal government and individual states have passed legislation to deal with interstate custody matters, and it is important to understand the law if you share custody of your child or are in the midst of a custody dispute.

Divorcing parents often fight over custody, and sometimes the custody disputes get so heated that one parent runs to ...

Residency Rules for Filing for Divorce in Ohio

Most states do not allow you to move into their jurisdiction, unpack your bags and immediately file for divorce. ...

Standards for Moving Children During a Divorce in Georgia