How to Vacate a Judgment on an Uncontested Divorce

Even though a judgment has been entered in your uncontested divorce case, you may still be able to vacate or set it aside. Your state's civil procedure code probably has a mechanism for re-opening closed cases. Common reasons to set aside the divorce judgment include mutual mistake of fact, fraud or duress. The specifics, however, will depend on your state's laws. 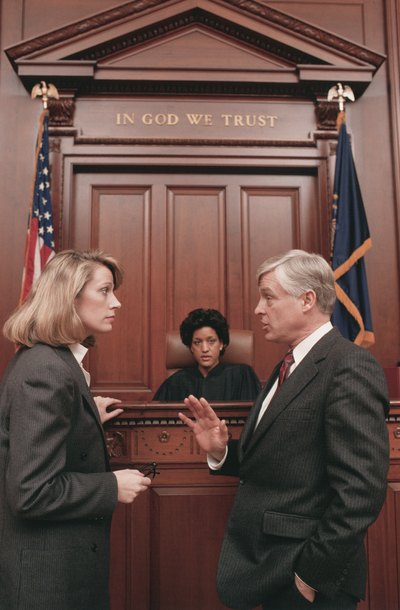 Just as state law dictates what the court can do in your divorce case, it also specifies when and how a divorce judgment can be vacated. Each state sets a time limit for how long a party can wait before filing their motion or action. Courts may set aside an order if you show that the judgment is incorrect or irregular; the judgment was entered due to a mutual mistake of fact or misconduct; the defendant was mentally incompetent; or another reason that isn't specifically stated in the law but which would result in a blatantly unjust result, if not considered. The longer you wait to file your motion, however, the more compelling your reason needs to be. If you waited too long to file your motion, it may be too late to set aside your judgment, no matter how compelling the facts.

A contested divorce is one where the parties cannot agree to the issues in the case. An uncontested divorce, however, is where the parties can agree on custody of their children, the marital assets, and other issues. A divorce is also considered uncontested if one party does not respond to the divorce complaint. When this occurs, the filing party can seek to obtain a default judgment.

Generally, you cannot appeal a default judgment when you fail to appear for a trial. However, if the party failing to appear wants to challenge an order resulting from the default, that party can file a motion to vacate the default. Usually, the person filing the motion to vacate a default judgement must show that their failure to appear for the trial was excusable and that there is a good cause of action or defense. The other party can still appeal the judge’s decision to vacate the judgment to a higher court. Exactly what constitutes excusable neglect will vary from state to state, and may not be found in the statute itself. To figure this out, you will need to read your state's appellate court decisions dealing with excusable neglect.

Divorce is never easy, but we can help. Learn More
What Happens if You Breach an LLC Operating Agreement?

How Long Do You Have to File an Appeal for Divorce in Arizona?

If you can't reach an agreement with your spouse as to how to end your marriage, you run the risk of having a judge decide things for you at trial. Your life – and all the things that matter most to you – end up in a judge's hands, subject to his discretion and decisions. He may or may not agree with your arguments, and he's only human. He can make mistakes. In the latter case, Arizona law gives you options for setting things right, but you won’t have much time to act.

Divorce judgments are rarely set aside in the U.S. People usually file an action to vacate an order because they are unhappy with the results not for the reasons set out by the laws. There are circumstances in which a summons to set aside a judgment is proper, such as when the defendant was not properly served. However, the legal requirements are strict. The answer should respond to a legitimate claim in a summons or point out how the summons is not based on proper grounds.

In some cases, you can ask the same court that issued your divorce decree to reconsider its opinion by filing a motion ...

Obtaining a divorce means severing a legal relationship. As such, rigid legal rules and procedures come into play. In ...

Legal Orders of Dismissal for Failure to Prosecute Divorce in Oklahoma

The decision to divorce is not one that should be made in haste, yet once a spouse files for divorce in Oklahoma, he ...