What if Your Visa Is a Green Card and You Want a Divorce?

If you received a green card because you married a U.S. citizen or a permanent resident, divorcing your spouse may affect your ability to keep that green card, depending on when the divorce took place. If you married and divorced your spouse within two years of when the U.S. Citizenship and Immigration Services issued you a green card, the USCIS will presume that your marriage was a sham. As a result, it is likely that you will be deported, unless you can prove that you entered into your marriage in good faith. 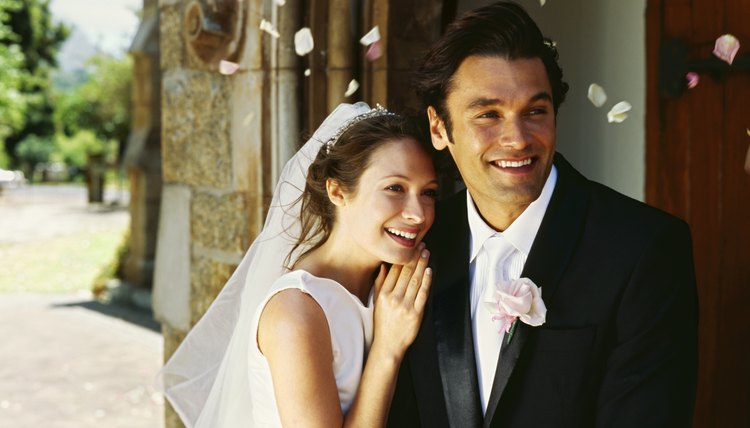 When you married your spouse -- who was either a citizen or a permanent resident -- you became eligible to apply for permanent residence status in the United States, which is popularly known as a "green card." Your spouse filed Form I-130 with the U.S. Citizenship and Immigration Services, acknowledging your marital relationship, which then made it possible for you to apply for a green card by filing Form I-485. If you were married less than two years as of the date of your application, the USCIS issued you a conditional, green card that expires after two years. However, if you were married for more than two years before you applied for a green card, no such restriction exists.

The USCIS places new marriages under strict scrutiny. If your marriage was new when you received your green card and you're now divorced or are getting a divorce, the USCIS won't grant you a permanent green card unless you can prove you married in good faith and not to circumvent U.S. immigration laws. If you're unable to do so, then the USCIS will begin removal proceedings and you'll be deported, unless you take certain actions. Typically, you and your spouse must apply to remove the conditions from your green card by filing Form I-751 within 90 days of your card's expiration date. If you are divorcing or already divorced, you can apply to waive the joint filing requirement and file on your own.

Typically, the USCIS only waives the joint filing requirement in three situations: You entered your marriage in good faith, but your marriage ended in divorce or annulment; your removal or deportation would result in extreme hardship; or, you entered into your marriage in good faith, but you or your child were subjected to abuse or extreme cruelty at the hands of your spouse. Entering a marriage in good faith means that you didn't marry your spouse to game the immigration system in order to gain residence in the U.S. You may prove this by showing that you lived as a married couple after you received your green card, by providing such things as a home lease or deed, tax returns, joint insurance and children's birth certificates. You could also submit evidence of how your spouse's actions led to the divorce, such as proof that your spouse fathered a child outside the marriage or police reports and hospital records that detailed abuse and violence that you or your child suffered.

If you are divorcing or have divorced your spouse after the USCIS issued you a permanent green card, the fact that your marital relationship has come to an end does not affect your permanent resident status. In other words, you will not lose your green card.

Divorce is never easy, but we can help. Learn More
What Happens if I Get Divorced After I Submit My Permanent Residency?

What Happens if You Are Illegal & Getting a Divorce?

The U.S. Immigration and Customs Enforcement agency, known as ICE, estimates at least 10 million people living in the United States are illegal immigrants. If you are an illegal immigrant and you and your U.S. citizen spouse are divorcing, the court proceedings are the same as those used when two U.S. citizens split up, but there is a risk you may be deported.

Do I Need to Change the Name on My Green Card If I Get Married?

The United States Customs and Immigration Service (USCIS) issues the Permanent Resident Card, or I-551, informally known as the "green card," to those immigrants holding resident status in the United States. The card carries vital information as well as a photograph; in the case of a name change due to marriage you must apply for a new card.

Can You File for Citizenship if You Get Divorced?

An individual with permanent residency holds a green card and has many of the same rights and responsibilities as U.S. ...

Green card holders have permanent resident status in the U.S. and can remain in the country indefinitely without a ...