Washington parents, like those in other states, are legally obligated to provide for their children financially, even after they split up. Chapter 26.119 of the Revised Code of Washington describes these financial support responsibilities, as well as the formula Washington courts use to establish a child support amount. 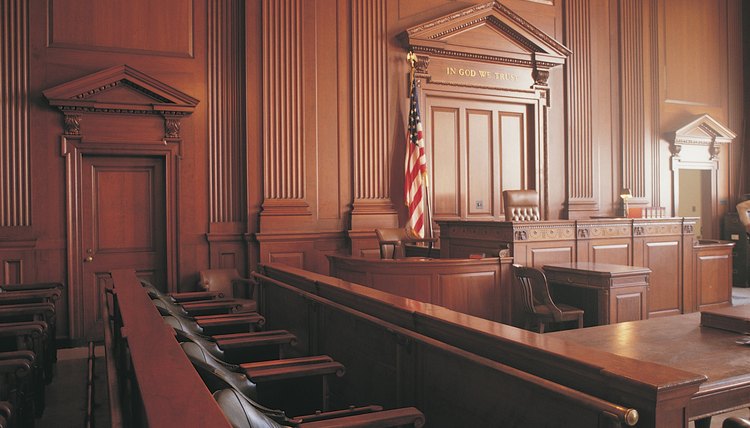 To determine a presumptive child support amount, Washington courts use a worksheet based on the state's child support laws. The worksheet includes information such as the parents' incomes, number of children, day care expenses, health insurance and other special expenses. Child support calculations are complicated, but the worksheets help parents see what they might have to pay when the judge issues an order in their case. Generally, Washington child support is calculated based on apportioning financial responsibility between the parents based on each parent's share of their combined income, after a basic parental living allowance is deducted from their income. For example, a noncustodial parent who earns 40 percent of the couple's income can expect to pay 40 percent of the financial support for the child.

Washington law includes many sources of money as income for purposes of child support. Wages and salaries are included, of course, but income also includes workers compensation payments, Social Security benefits and bonuses, as well as money from many other sources. Income does not include certain payments such as child support received from other relationships, gifts, food stamps or income earned by a parent's new spouse. These sources of money must be disclosed to the court as part of the child support case, however.

Washington law allows the state or private individuals to ask the court for help enforcing child support orders when one parent does not pay as ordered. The court can hold the offending parent in contempt of court for failing to follow a court order. Other enforcement options can include seizing a parent's bank account, vehicle or other property; revoking his driver's or occupational licenses; asking the federal government to deny him a passport; and seizing his tax refund.

Divorce is never easy, but we can help. Learn More
Does Florida's Child Support Include Your Spouse's Income?

Can I Go After My Ex-Husband's New Wife's Income for More Child Support in California?

As part of a California divorce decree, the court generally issues a child support order, which is based on your living situation and incomes at the time of the divorce. If your ex-husband remarries, you probably won’t be able to successfully pursue a portion of his new wife’s income except in limited circumstances.

Is There a Statute on Collecting Child Support in Michigan?

Florida courts are aware that when parents part ways, their life circumstances may change. Children grow, lifestyles alter and parents’ incomes go up or down. The state’s legislation includes provisions for parents to go back to court when any such change affects their ability to pay child support or the children’s need to receive it. Parents can file a petition with the court, explaining the change and asking a judge to recalculate support based on the new circumstances.

As in other states, Massachusetts parents must provide financial support for their children, even if the parents are ...

Can a Court Order Change Child Support in CT?

When Connecticut courts award child support as part of a divorce, they use the couple’s financial situation at the time ...