As a stepchild, you do not have the inheritance rights of a biological or adopted child. If your stepparent wants to leave you cash, property or other bequests in a will, he or she must specifically include you in the will. Otherwise, it's possible for you to receive nothing, despite your stepparent's wishes. 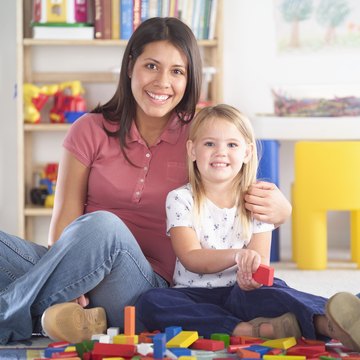 A stepchild does not automatically inherit from a stepparent because the American colonial legal system, based on centuries-old British common law, did not support strong legal ties between stepparents and stepchildren due to prevalent negative stepparent stereotypes. While stepparents could leave property to stepchildren in their wills, stepchildren did not have the automatic inheritance rights possessed by biological children and later by adopted children. Throughout the 19th century, stepparents continued to be viewed negatively and have few legal ties to their stepchildren, a situation reflected in popular novels such as Henry James's "What Maisie Knew."

In the 20th century, the pendulum began swinging in the other direction, with favorable media depictions of step-families, including the popular 1969 television show "The Brady Bunch." Despite an improved public perception of stepparents, inheritance laws continued to exclude stepchildren from the inheritance rights of biological and adopted children.

If your stepparent would like to include you in his or her will, your stepparent should specifically mention you by name and spell out what property or other assets are being left to you. Language in a will leaving property to "my children" is considered by the courts to include only biological and adopted children.

One way your stepparent can make certain you are treated as a legal child for inheritance purposes is to legally adopt you. If you are underage, both of your current legal parents would have to consent to this procedure. If you are an adult, you do not need your biological or adoptive parents' consent in order to be adopted by your stepparent.

Other Methods of Providing for Stepchildren

Your stepparent also has other ways to leave you money, property and other assets outside of a will, including setting up a revocable living trust, annuity or joint ownership of property with you.

Protect your loved ones. Start My Estate Plan
How to Exclude Stepchildren From Your Estate

Rights of a Stepdad vs. the Biological Father

Common-Law Marriage Responsibilities for Children From a Previous Marriage

If you have entered a common-law marriage and have children living with you who are your spouse's biological or adopted children from a previous relationship, the children will likely be considered your legal stepchildren. You have the same obligations to them that you would have if you had formally married your spouse.

Your stepchildren may be as close to you as your biological children, but their legal ties to you are different. When ...

How to Make a Will for Stepchildren

An estimated 65 percent of all remarriages bring children from a prior marriage into a stepfamily, according to the ...

Can a Girlfriend Take Over an Estate if No Will Was Left?

A girlfriend cannot take over an estate if her male companion dies without leaving a will. State laws determine who ...