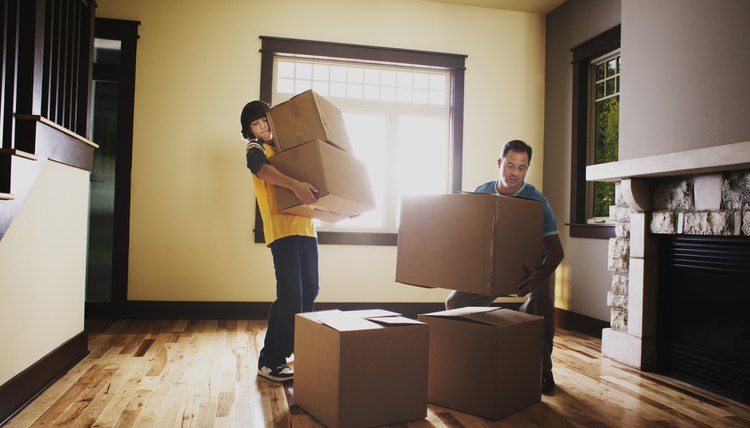 Wisconsin calculates child support payment amounts by taking a percentage of the noncustodial parent’s monthly income as described in the state’s statutory guidelines. In circumstances where the parents share physical placement of the child, a child support award incorporates other factors such as the parents’ gross incomes and the number of annual overnights the child spends with the noncustodial parent. Child support is typically established at the time the couple divorces, according to the situation at the time of the divorce. Support can be modified when circumstances change.

When parents receive custody as part of a divorce, a parent wishing to move out of state with a child -- or 150 miles away within Wisconsin -- must give written notice to the other parent at least 60 days prior to the move if the other parent has been awarded any periods of placement, or visitation time. If the parent proposing to move has sole or joint legal custody of the child and the child resides with that parent for the majority of time, the noncustodial parent can attempt to stop the move by filing paperwork with the court. The court can order the custodial parent to come to court to show the move is appropriate, and the court can modify the custody order to take into account the distance caused by move.

Divorce is never easy, but we can help. Learn More
California Laws on Parent Relocation

Wisconsin Laws on a Divorce With Kids Involved

Family law issues are primarily governed by state law. When you divorce in Wisconsin and have minor children with your spouse, Wisconsin law requires that both you and your spouse attend a parental education class. The court will also look to the Wisconsin statutes when determining custody, child support and even whether you can move with your child once the divorce is finalized.

Relocation plans often result in conflict between divorced parents if one parent wants to move away with the children. ...

Joint custody is an arrangement in which both parents remain involved in their child's life. As a result, courts are ...

Under Ohio law, a custodial parent wishing to relocate to a difference state must receive consent from the other parent ...