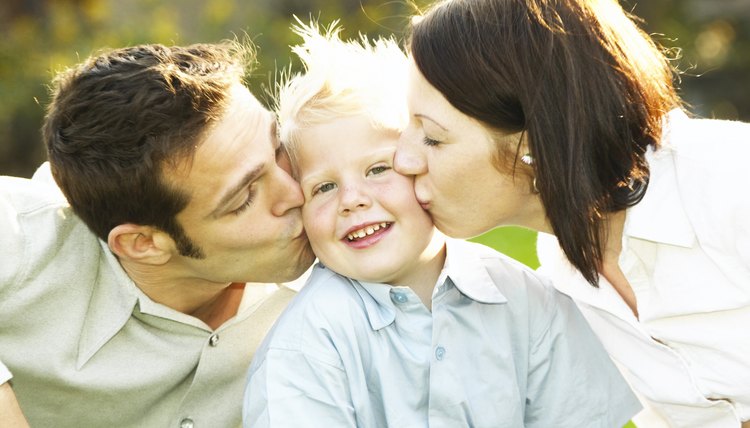 Wyoming recognizes three forms of custody: sole, joint and split. A parent with sole custody provides a home for the child and acts as the child's primary caregiver; this is commonly known as physical custody. When one parent is awarded sole custody, the other parent typically receives visitation. Joint, or shared, custody may be awarded in one of two ways. Parents may share both physical custody, with each providing a home for the child, and legal custody, meaning the parents make decisions together on major issues affecting a child's welfare, such as education, health care and religious training. Or shared custody can mean both parents have legal custody, but only one parent has physical custody; this is a common arrangement in Wyoming. Split custody is when there is more than one child and the children are split between parents. Wyoming courts disfavor shared physical custody and split custody arrangements, so they are rarely awarded.

Wyoming courts prefer that divorcing spouses create their own parenting plan. Since divorce can have a profound effect on children, the court feels any potential negative impact is greatly reduced when parents work together. During the divorce process, parents may elect to participate in family law mediation. This involves one or more counseling sessions in which a trained professional helps parents reach an agreement on custody and draft a parenting plan to meet the family's needs. However, if you and your spouse are already in agreement, you don't need to participate in mediation. Simply draft a plan detailing the custody arrangement, including such information as where the child will live, visitation schedule and how decisions will be made. Once it is complete, you would then submit it to the court. If the court finds it serves the child's best interests, it will incorporate the agreement into the divorce decree, creating a legally binding court order.

If you and your spouse are unable to reach a custody agreement on your own, the court will make this decision for you. Before it does so, the court may order you to attend mediation in the hopes you can reach an agreement with trained help. However, this requirement can be waived for good cause, such as when there has been a history of domestic violence. If court intervention proves necessary, the court will create a custody arrangement that ensures the best interests of the child are met. To reach this decision, the court will evaluate several factors outlined in state law, such as each parent's ability to provide adequate care for the child, quality of each parent-child relationship, and each parent's willingness to engage in parental responsibilities and not intrude upon the other parent's relationship with the child.

Parental rights can change drastically during divorce proceedings. Before the court issues a custody order, you and your spouse maintain equal rights to care for your child on a daily basis and make major decisions regarding your child's health and welfare. Once a judge issues a temporary or permanent child custody order in a divorce, the court order establishes each parent's parental rights and responsibilities. These rights traditionally include legal custody and physical custody of a child.

Indiana has instituted very specific child custody laws and guidelines to help shield children from parental conflict. Consequently, parents must follow certain procedures to modify a visitation schedule and merely writing to the court is not sufficient. You and your ex may adopt any visitation schedule you both agree to, but to have the schedule legally recognized and enforceable, the judge must issue a new visitation order.

Going through divorce is never easy, especially when you have to sort out child custody issues with your soon-to-be ...