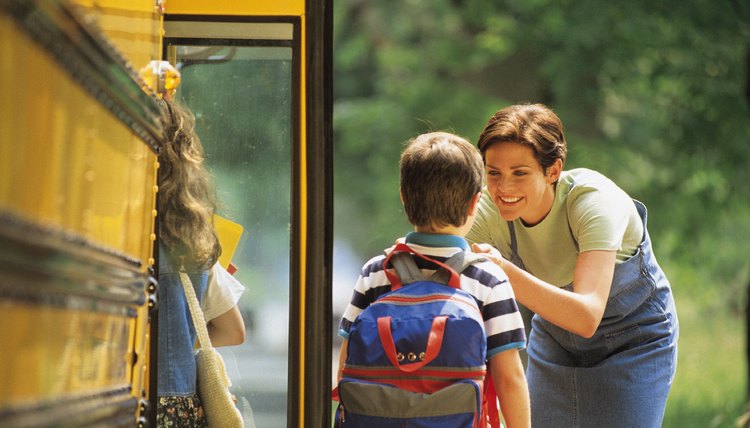 If a parent does not pay child support as ordered, his ex-spouse may pursue various enforcement methods to encourage him to pay support. In addition to using the court system, the receiving parent may also apply to the Wyoming Child Support Enforcement Division for help collecting support. Child Support Enforcement has a range of options to choose from, including wage garnishment and interception of tax refunds. They can also suspend the noncustodial parent’s driver’s license, hunting and fishing licenses and professional licenses if he fails to pay support.

Divorce is never easy, but we can help. Learn More
Alabama Collection & Distribution of Child Support

Do They Go by My Wife's Income For Paying Child Support in Delaware?

When Delaware couples divorce, the court issues a divorce decree describing the terms of the split, including child support, property division, child custody and alimony. When a parent remarries, his new spouse is not required to pay child support for his children from another relationship. However, the new spouse’s income can affect the calculation of child support since it impacts the available income a paying parent has available to pay toward his child support obligation.

Each state has different rules when it comes to child support, but Florida allocates the support amount between parents based on each parent’s share of the spouses’ combined income. This model of determining child support, called the income shares model, is based on the idea that children should receive the same financial support during the divorce process, and once the divorce is finalized, as they received when their parents were still married.

Child Support Laws for Married Couples in the State of Georgia

Georgia parents are legally obligated to contribute financially to their child’s care, and married parents typically ...

What Are the Child Support Laws in West Virginia?

Parents have the responsibility to financially support their children, whether the parents are married or not. When ...

Child support is the financial assistance paid by one parent to the parent with primary custody of the children after ...

Child support is designed to ensure that children do not suffer financially when their parents split. When parents ...